Source: Binga gang get six years each for murder | The Sunday News

Fairness Moyana in Hwange
A gang of four men who went on a rampage at a business centre in Binga District assaulting and stoning villagers leading to one’s death have been jailed to six years each.

Mudenda was 34 at the time his death while the four accused persons were 20, 21, 22 and 19 respectively.
Sitting on circuit at Hwange Magistrates courts last week, Bulawayo High Court judge, Justice Nokuthula Moyo found the quartet not guilty of murder but convicted them on a lesser charge of culpable homicide.

She sentenced them to six years’ imprisonment of which two years were suspended meaning they will serve an effective four years.

According to the State led by Mrs Charlene Gorerino on 3 October last year at about 3pm the four were at Siachilaba Business Centre when Donkola assaulted Twalumba Munkuli while the other three stopped anyone who tried to intervene by throwing stones. One of the stones hit Twabona Sunday who ran for cover at Bright Mwinde’s flea market.

Titus followed him before assaulting Sunday on the face with an open hand. Mwinde intervened and restrained Donkola from further assaulting Munkuli, resulting in Sunday finding an opportunity to escape.

Infuriated by the development, Donkola turned on Mwinde and started assaulting him before he managed to flee, but Donkola gave chase throwing stones that hit Mwinde on the back and head. 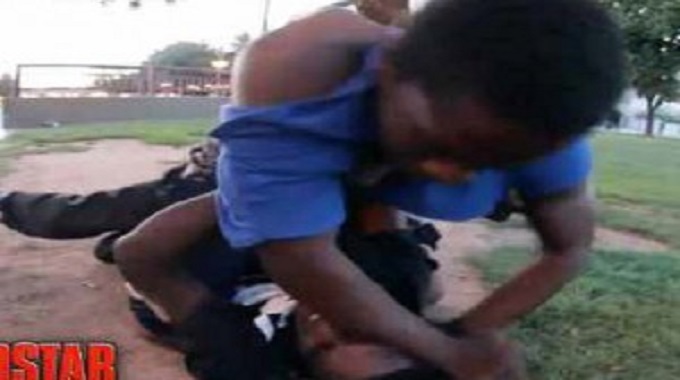 The now deceased, Mudenda intervened and stood in front of the four men before they attacked him with stones.

He was hit by the stones on the forehead and back of the head and he fell to the ground unconscious.
Kemes Muzamba and Milliot Mudimba tried to resuscitate him to no avail.

Mudenda was rushed to Binga District Hospital where he was confirmed dead on arrival. A report was made to the police leading to the quartet’s arrest.

In his defence outline, Donkola who was represented by a pro bono lawyer from Mhaka and Attorneys pleaded not guilty to murder arguing that he had acted in self-defence after his gang was attacked by that belonging to the deceased but denied stoning him.

“I was at the shops watching television in the company of my friends Calisto Muzamba, Chenjerai Mudenda, Tarisai Mudenda and Vusumuzi Mudenda, a minor. Vusumuzi who was playing with other children returned to where we were crying that he had been assaulted by Twalumba Munkuli.

“We confronted Munkuli to enquire on the matter but he become violent and assaulted me with an open hand. I retaliated of which Twalumba’s friends joined the fight attacking Calitso, Chenjerai and Tarisai who managed to escape.

I also escaped with the now deceased and his friends in hot pursuit. Bright Mwinde threw a stone intending to hit me but it hit the deceased instead who fell down,” he said.