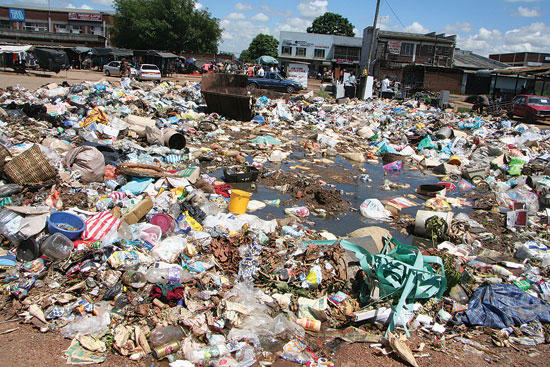 Waste picking and recycling has become a major business venture for many.

According to the report, women are exposed to high levels of physical, emotional and economic abuse perpetrated by their male counterparts, waste buyers and council workers.

“The female waste pickers noted that when picking waste at Ngozi Mine landfill site, there are male waste pickers (especially youths) who push and insult them as they scramble for the valuable and precious waste,” the report read.

“Some even narrated incidents where some of the boys snatched their pickings.

“Waste buyers are buying the waste at very low prices which is tantamount to slave labour for the waste pickers.”

In 2019, MIHR launched a project to empower slum dwellers to recycle waste dumped in the area.

“The female waste pickers also complained that there are syndicates controlling the waste buying market to the extent that it is difficult for a picker to by-pass middlemen and sell directly to the waste recyclers.

“Having collected little earnings from the waste buyers, the female waste pickers lamented economic abuse from their spouses and partners,” the report read.

Ngozi Mine is the only legal dumpsite in Bulawayo.

Waste pickers throng the area to pick articles for recycling.

Hundreds of squatters live on the site.