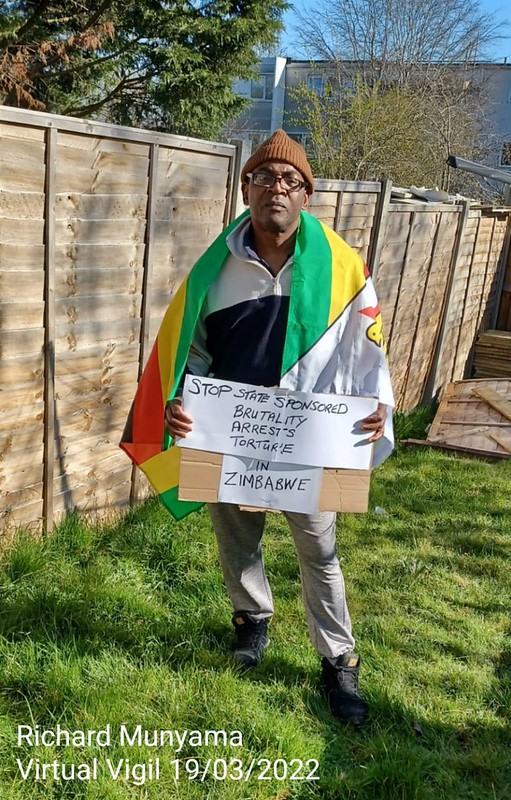 Two former British Prime Ministers, Gordon Brown and John Major, have called for an international tribunal to investigate what the current Prime Minister Boris Johnson described as the vicious and barbaric attack by Russian President Putin on neighbouring Ukraine. Johnson said it was a turning point for the world: a choice between freedom and oppression.

Well, it’s not a turning point in Africa according to a survey by the US news agency Associated Press, which notes that 25 of the 54 African nations abstained or didn’t record a vote on the recent UN General Assembly resolution condemning the Russian invasion.

The brave resistance of the people of Ukraine in the face of overwhelming Russian military force bombing civilian targets doesn’t seem to have registered much with many African governments. Instead they – like Zimbabwe – remember Russian support during the anti-colonial struggle. The AP news agency recalls that only three years ago 43 African nations attended a summit meeting with Russia – ‘the dominant exporter of weapons to sub-Saharan Africa, according to the Stockholm Peace Research Institute’.

While another former British Prime Minister, David Cameron, is on the road driving a lorry for a charity taking aid to Ukraine, the son of Ugandan President Museveni, Lt-General Muhoozi Kainerugaba, declared that most Africans ‘support Russia’s stand in Ukraine and Putin is absolutely right’.

South African President Ramaphosa was ambivalent – not knowing what side to take – saying he believes Russia feels ’a national existential threat’ from NATO, the North Atlantic Treaty Organisation comprising most Western European countries, the United States and Canada.

In Zimbabwe Zanu PF seems to feel under siege as its Russian patron Putin is exposed as a fratricidal maniac prepared to spark off a world war. Even Zanu PF’s patron in chief China appears to have qualms about the Russian invasion (see: https://apnews.com/article/russia-ukraine-united-nations-general-assembly-business-moscow-united-nations-f8ae1493bb680218695cf13abbc75554).

Like Putin, President Mnangagwa has been accused of perpetuating a culture of violence. NewZimbabwe said this came out during interviews with NGO leaders at the premier of a documentary ‘Untold Truths in Zimbabwe: Stories of Injustice Through the Eyes of Survivors’.

Musa Kika, director of the Human Rights NGO Forum, said that in the runup to next Saturday’s by-elections many acts of violence had been committed but not a single person had been convicted (see: https://www.newzimbabwe.com/government-not-willing-to-end-violence-ngos/).

Meanwhile, the Zimbabwe Electoral Commission has been accused of manipulating the by-elections in favour of Zanu PF. The charges came from the thinktank Zimbabwe Democracy Institute, together with the election watchdogs, Election Resource Centre and Zimbabwe Election Support Network (see: https://www.zimbabwesituation.com/news/electoral-process-manipulated/),