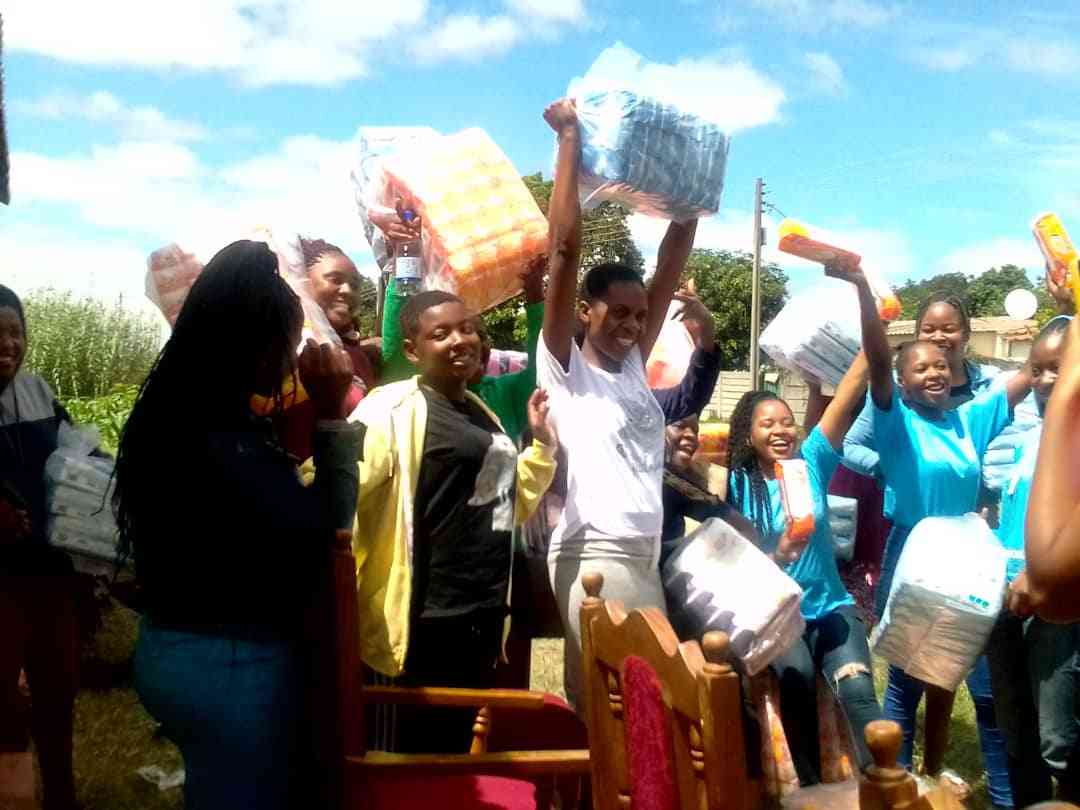 AFRICAN Sun Limited today handed over 4 000 sanitary pads to the Girl Child Network in Chitungwiza to assist girls to maintain their dignity and self-esteem during menstrual periods.

Due to the high cost of sanitary pads in the country,  they have become out of reach of several under-privileged girls; especially in the rural areas where there are reports that they end up using unorthodox means to manage their menstrual cycles.

Speaking during the handover ceremony, African Sun spokesperson Charleen Mtezo lauded the Girl Child Network for empowering women and young girls to reach the fullness of their potential.

“As African Sun Limited, we are proud to be associated with the girl child network for their efforts to protect and promote the interests of the girl child. According to surveys conducted on the girl child, some girls are absent from school during their menstrual cycle for four to five days every month; thereby losing three weeks of learning every school term.  This creates a disadvantage to the girl child compared to their male counterparts,” Mtezo said.

One of the beneficiaries of the donations said she cannot afford US$1 for sanitary wear during menstrual periods.

“There was a time when I could not afford to buy the pads, and l resorted to using old rags.  However, this meant that I could not go outside to mingle with others for I fear that the rag may fall.  This affected my confidence to move around.  This donation will boost our confidence because we were referred to as smelly-people that cannot maintain freshness due to using rags,” she said.

“This donation will go a long way in reaching out to the remote areas of Binga, and Hwange among others because it’s not easy for an ordinary girl to afford a $1 to buy pads.  Most families are failing to get even US$1 to put food on the table,” Kiwity said.

“In the remote areas we have visited, you find that most girls are using cow dung to stop the bleeding, which is very unhygienic.  Different stakeholders such as churches and companies have been supporting vulnerable girls with sanitary wear.”