A 13-year-old juvenile is the father of a child born by a nine-year-old girl from Tsholotsho a fortnight ago, Police have revealed. 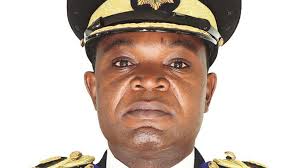 She made headlines as the country’s youngest mother after delivering a baby girl through a cesarean section.

She spent a stint at Bulawayo’s Mpilo Hospital under the observation of specialist doctors before delivery.

The father who was suspected of raping and impregnating her was arrested in August this year and has been in custody assisting with investigations.

“The Zimbabwe Republic Police confirms the Deoxyribonucleic Acid (DNA) results obtained from National University of Science and Technology on 25 November 2022, in connection with the paternity of the 9-year-old girl’s child have established that the victim’s cousin brother (13) is the father of the child.”

He further stated that the law enforcement agency was now working with other relevant arms of government to ensure that due processes of the law are followed. Nhau/Indaba