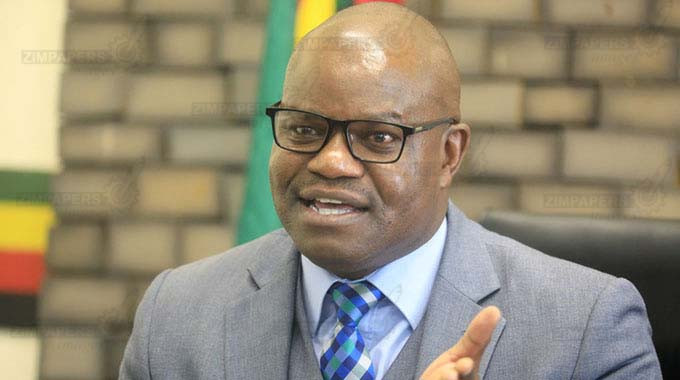 A Zanu PF MP, a top government official and a business mogul with links to the ruling party are accused of displacing villagers at two farms in Chegutu under controversial circumstances.

One of the victims, a 66 year old woman, is said to have suffered a stroke and is bedridden after she was given only 48 hours to vacate part of Thorndyke and Hopewell farms in Chegutu East.

Information permanent secretary, Nick Mangwana, is one of the officials at loggerheads with the settlers.

Business mogul Lionel Mhlanga and Bravura southern African countries representative is also in the process of building a mansion and a road leading to his new found  property.

Bravura Holdings, a company owned by Nigerian billionaire, Benedict Peters, is into mining in the country.

Zanu PF Mhondoro-Mubaira legislator Freddy Kapuya, who is also a former Redcliff mayor, is another beneficiary with 350 hectares of land while Mangwana and Mhlanga have 100 hectares each respectively, according to the affected villagers.

This publication  visited the area  last week and observed that the trio had started making developments including upgrading of roads.

The influential trio is occupying part of Thorndyke and Hopewell farms where hundreds of villagers have been served with eviction orders and directed to stop developments pending eviction.

Sources said a Chinese mining company, Global Platinum Resources, is also set to occupy part of the farms for platinum mining and recently visited the area for some assessments.

The Zimbabwe Land and Agrarian Network (ZLAN) is representing the villagers, and has since written a letter to government seeking clarification on the matter.

ZLAN is a membership based local network of farmers, farmers groups, farmer organisations and researchers.

ZLAN also wrote a letter to the Chegutu Rural District Council requesting an official position on reports that Global Platinum Resources has interests in the area.

Zimbabwe Indigenous Women’s Trust founder Depinah Nkomo, who has also been served with an eviction notice, condemned the displacement of villagers  as heartless.

“We have families whose houses have been demolished because of these Zanu PF people,” Nkomo said.

“These politicians are hiding behind Global Platinum Resources but we know actually they are the ones who are in need of the land.”

In a letter in possession of this publication addressed to the Chegutu district development administrator, one Mrs Chari, villagers expressed worry over the presence of officials from the Chinese mining company.

“In October 2022, the landholders were visited by consultants assigned by the Global Platinum Resources who did assessments and evaluations of the developments done on the land we are occupying,” the letter reads in part

“The exercise coupled with lack of clear details and circumstances on the actual intentions of the company has raised serious concerns regarding tenure security for the landholders.

“We draw lessons from a number of cases around the country where a number of communities have faced similar threats of evictions or developments induced displacements with not much having been done to adequately consult concerned landholders and protect their land rights.

“We are, therefore ,kindly requesting for an official and clear position from your office with regards to plans of the Global Platinum Resources and implications for landholders in Hopewell Farm.”

“I can confirm that l have received the letter, but l have forwarded the letter to our provincial office.  l would like to know about the company which needs to invest in my area,” Chari told ZLAN during a briefing held at her office on Thursday.

This publication attended the meeting.

“Our office needs to balance the issue in as much we need investment at the same time looking at our people; yes we have heard about the mayhem and chaos.” said Chari.

One affected villager, Spencer Boka, who claimed to have built a US$15 000 house at the property is now a destitute after being evicted.

“I was given a 48 hour eviction notice and I had to demolish the house on my own since I wanted the asbestos,” Boka said.

“My mother Elizabeth Gahadzikwa (66) suffered a stroke after the eviction and she is yet to come to terms with what happened.”

Barnabas Chidukwana (67) said he was also evicted from his home.

“I am one of the affected people. My five bedroomed house has been demolished despite that l have an offer letter for the land,” Chidukwana said.

“It’s true that l have villagers who have been affected by the coming in of Zanu PF officials,” Dambiranwa said.

“The bigwigs are building mansions yet villagers have been asked to stop any developments.

“So far we have 73 families who have been evicted.”

Mhlanga’s manager Ngonidzashe Madzika yesterday said his boss did not invade the area, but was given an offer letter.

“It’s not true my boss did not invade a land but was given an offer letter by the Ministry of Lands,” he said.

Both Kapuya and Mangwana’s mobile phones were not reachable when contacted for comment despite repeated efforts.

Some of the settlers are said to have occupied the land at the height of land invasions in the early 2000s.