Source: Chief in eye of storm over land grabs – The Southern Eye 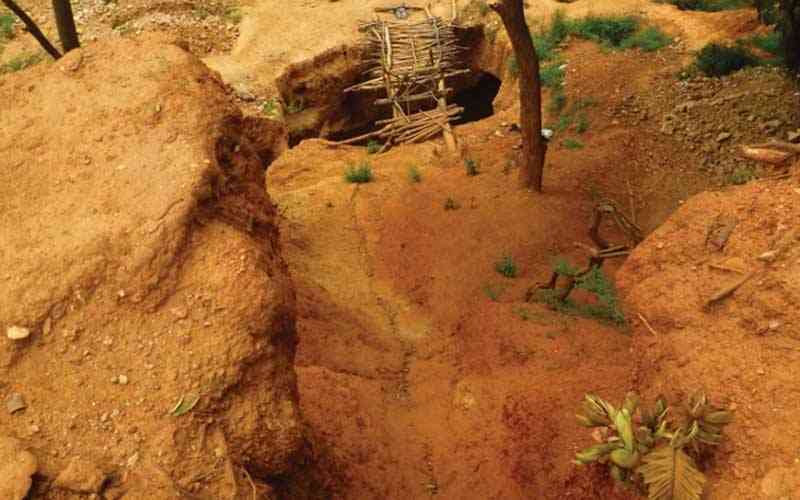 Tempers are flaring in Matabeleland South’s Umzinyathini area where villagers are accusing the local chief of parcelling out pastures and their fields to outsiders.

The villagers recently staged a demonstration against Chief Stanely Gwebu and lodged a complaint against him with the acting Umzingwane district development coordinator (DDC) Siphathisiwe Mlotshwa.

A villager, who spoke on condition of anonymity fearing victimisation said they have decided to gang up against their traditional leader to stop him from grabbing their land.

“As I speak, the villagers recently protested saying enough is enough and they went on to destroy a homestead of one beneficiary, who was given space in one field belonging to a local,” said one of the villagers.

“What happens is that if he (chief) sees unused fields, he quickly allocates it to other people who are not from the district.

“This is disturbing because this will see some villagers facing starvation as they will not be having any fields to grow maize and other crops.”

One of the affected villagers said she was stunned to see one of the beneficiaries from Chief’ Mathe’s area in Gwanda occupying her fields.

“We ganged up with other villagers and confronted him and he told us that he was authorised by the chief to build his homestead in that place,” she said.

“We then went to the acting DDC to seek her intervention and the DDC told us that the person must stop his activities immediately and move out of the place.

“The beneficiary had started building a toilet. Villagers destroyed it and refilled the pit.”

She expressed fears that their children will soon have no space to construct their homes as outsiders continue to be corruptly allocated their ancestral lands.

“We appeal for government intervention to stop this rot. Something must be done to stop this,” said the villager.

Repeated efforts to obtain a comment from Chief Gwebu were fruitless.

However, the chief recently accused village heads of corruptly allocating land to strangers, a charge they denied.

“The people who are in charge of parcelling out land to home seekers are the village heads,” Gwebu said back then.

“I only know of two cases, at ward 4 and 5 where outsiders had occupied the land, but we removed them.

“I don’t know of anyone from Masvingo who has occupied the land, if there is any, they might have settled illegally.”

Mlotshwa, the acting DDC, refused to comment on the matter.

“I am in this office in an acting capacity. I am not allowed to speak to the press unless cleared by the province,” she said.

There are land disputes in other parts of Umzingwane where traditional leaders including village heads are accused of illegally parcelling out land.

Villagers also have to contend with an influx of artisanal miners who are leaving unclaimed pits in the area, polluting their water sources and committing other social ills in the gold-rich district.