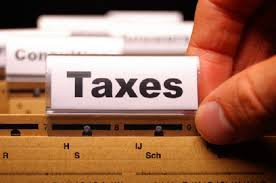 THE Zimbabwe Council of Churches (ZCC) has urged churches to comply with the country’s tax laws to boost economic activity and support the fiscus.

ZCC secretary-general Wilfred Dimingu told NewsDay that if government orders taxing of churches, then the institutions of worship should comply.

This follows calls by economists that institutions such as churches must be taxed to enhance the country’s revenues.

“This issue is not new as there is already a piece of legislation that speaks to it. As far as I know, from the 1st of January 2015, there is a law that states that income earned by churches and religious institutions from trade and investments is subject to taxation, and therefore, as churches, we don’t compromise in terms of compliance with national regulations,” Dimingu said.

“We firmly believe that it is not negotiable, and all churches should comply with that law, but the church as an institution in its proper structure cannot be subjected to taxation. Churches need to be compliant because we believe we promote and advocate for citizens and institutions that are law abiding,” he said

Meanwhile, the Zanu PF chief whip has called for taxing of the informal economy.

“There are many people here in Zimbabwe who are wealthy, but are not paying taxes that can contribute to the fiscus. The Finance ministry should sit down and consider some of these measures to collect revenue to ensure that roads are rehabilitated and health centres are well equipped and resources are available.

“What I was saying is that we have so much wealth and for some, we know where their wealth is coming from. My question is: Are these people paying taxes in line with the wealth that they have? The minister should consider this to ensure that our country is able to get revenue,” Togarepi said