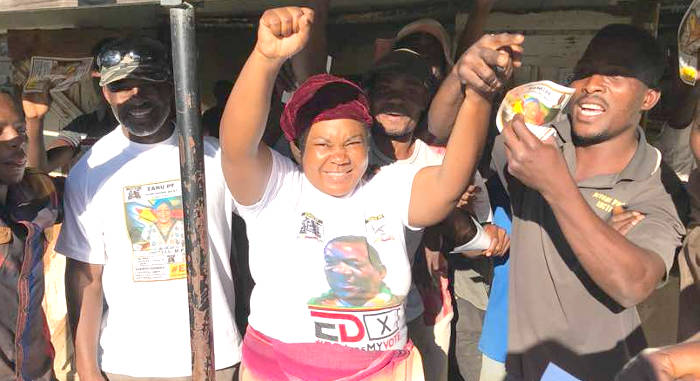 The Deputy Minister of Local Government, Marian Chombo has claimed that Mashonaland West Provincial Affairs and Devolution Minister, Mary Mliswa-Chikoka would soon be removed from her ministerial job in the impending cabinet reshuffle.

The deputy minister, who is the estranged wife to long-serving former cabinet minister Ignatius Chombo, made the remarks during an attack on Foya whom she accuses of “backstabbing” her.

In an audio recording that has gone viral, Chombo is heard chastising one Foya for “backstabbing” her in the just-ended provincial elections.

Chombo contested in the Tuesday ZANU PF provincial elections in which she was targeting the deputy provincial chairman post through the basket system. Chombo said:

I know your stories Foya, don’t do that. You must know where your bread is buttered, don’t be used. Magaya is not going to help fix the land issue, and Mary Mliswa cannot help either to get that land you are seeking. It is me who was put into the President’s committee to deal with Zilawa.

Mary Mliswa doesn’t sit on that committee, besides, Mary Mliswa is soon going to be removed as Minister of State. If l tell you how we should move, you don’t want. You come to my house pleading that l fix the Zilawa issue, how can l fix it when you backstab me?

Zilawa is going to be turned into an A1 (settlement) at a meeting to be held the day after tomorrow, where l will make it pass, but how do l push for it when you incited people to vote against Chombo?

Chombo who is said to be biologically related to Local Government Minister July Moyo, a close ally of Mnangagwa, was readmitted into ZANU PF at the inception of the Second Republic led by President Emmerson Mnangagwa after she got the chop for associating with former Vice President Joyce Mujuru