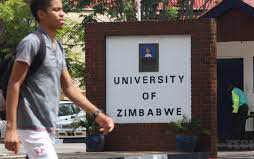 TERTIARY students have partnered with an independent civic group to establish a new students’ body, the National Students Council (NSU) to fight polarisation among learners at higher learning institutions.

“We have understood and come to a realisation that as students in Zimbabwe we have common challenges and goals. There is no need to deny it ourselves when it comes to the approach in addressing our common goals regardless of our political affiliation and unionism in terms of Zocosu and Zinasu,” Moyo said at the launch on Saturday in Bulawayo.

“This initiative is formulated to address such divisions among ourselves. Yes, Zinasu and Zicosu must exist, this is good and advisable for opinions to differ….Our main goal is that people should debate, not in terms of personalities but in terms of ideas and facts.”

4 H national director John Muchenje said the NSC was launched to act as a vehicle for peace building initiatives.

“We are pushing and promoting peace-building and tolerance in all universities since political parties have identified universities as their rich hunting ground for their political ambitions,” Muchenje explained.