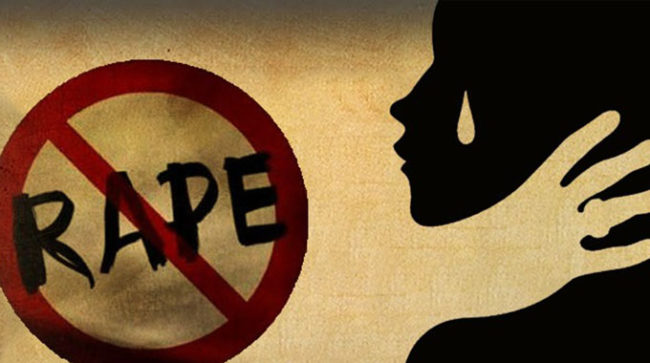 A MINOR from a farm in Bindura, who was raped and impregnated allegedly by two teenage brothers from the same farm, is actually eight-years-old and started menstruating at just nine-months, shock new revelations emerged yesterday.

According to the headmaster of Kambira Primary School which was being attended by the girl before she dropped out after falling pregnant, the minor will only turn nine in June next year.

The headmaster, Mr Gibson Chigamha, is the one who insisted on taking the minor to Bindura Hospital after he was not convinced that her bulging stomach was due to illness.

After conceiving following sexual abuse from two 17-year-old brothers from the same farm where the girl was staying with her mother, the minor developed chronic constipation which her mother believed was due to early puberty.

The school was advised and after hearing of the Tsholotsho case of a nine-year-old minor who recently gave birth, Mr Chigamha insisted on taking the minor to hospital for a medical check-up.

“When the child joined the school in Grade Two, her mother explained to us that she started menstrual cycles at nine-months and she will miss school for three to four days to deal with her periods,” he said.

“We set aside sanitary pads from our guidance and counselling so that she could use them whenever she needed them. A few months ago, we were advised that the child was not feeling well and was failing to relieve herself.”

Her stomach started bulging, but everyone was convinced that she was sick and her mother took her to prophets for deliverance and healing.

“I saw her on Wednesday before class, she was holding a chair. Seeing her body changes I decided to take the child to hospital and I contacted the mother who agreed,” he said.

“We were given an uncle to accompany us together with two female teachers. The teachers were sceptical and were only convinced after they saw a foetus on a pregnancy scan machine.”

The guidance and counselling teacher, Ms Nyasha Zomi, described the minor as a quiet child who largely kept to herself.

Ms Zomi followed the minor to her homestead following the report that she was not feeling well, but could not find her.

“She was already at the school after her mother took her to a prophet for healing. When I saw her at school, I just assumed the constipation was causing her stomach to bulge,” she said.

“She was isolating herself and at break time other kids would be playing but she would come and sit alone close to her brother’s classroom. The brother is in Grade Five. The headmaster insisted that we take the child to hospital.”

Her mother, who looked distressed, could not hold back tears while explaining how at nine-months, she changed her daughter’s blood-stained nappies.

“At nine months my baby changed and started menstruating. I was in Marondera where I went to a hospital. I was told that the baby was supposed to bleed at three-days-old and I was supposed to squeeze her breasts,” she said.

“I was advised to return if the problem persisted. The following month she menstruated and I had to add cotton wool to her nappies. At this time, she was learning to walk.”

The problem did not stop and in 2017 the mother separated from her husband and moved with the children to the Chesa area in Mt Darwin.

She went on radio to seek help and was directed to a traditional healer in Mozambique.

“The problem stopped briefly and resumed. In July the bleeding stopped and I was happy that her problem was over. Had I known earlier my child could have been assisted,” she said fighting back tears.

“All the places that I was seeking help, no one told me that my child is pregnant. I would leave the children in the custody of my mother for two days as I went to Harare to collect rentals.

“Last night I contemplated committing suicide. I am in pain. The future of my child has been destroyed. All I wish for is to relocate from this area. I cannot imagine her life when she comes back.”

Public Service, Labour and Social Welfare Minister Professor Paul Mavima said the Department of Social Development was implementing the national case management system for the welfare and protection of  children.