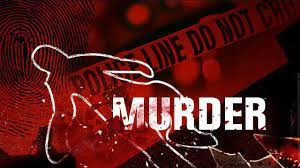 Chief Gwesela of Zhombe said he was worried about the senseless murders that were taking place in the area, and has bemoaned a recent incident where a local man was brutally killed with a knife.

“Traditional and religious leaders under my area are now considering holding a cleansing ceremony as we are concerned about the murders,” Chief Gwesela told Southern Eye.

Meanwhile, police in Gweru have arrested five people for stocktheft involving 35 cattle that were stolen from Greenland Farm in Lower Gweru.

They appeared in court being accused of stocktheft.

“Some of the stolen cattle had already been sold to various farmers,” Mahoko said.

He confirmed a case of attempted murder which occurred at Rufaro business centre in Chirumhanzu, where a man was stabbed with a knife for reasons which are not yet known.

“The victim, Tinotenda Chifamba, entered a shop where the suspect Tatenda Tomu was.

“Tomu then threw an empty bottle in front of Chifamba, and the victim asked the suspect why he had provoked him. Tomu then stabbed Chifamba with a knife on the ribs before fleeing from the scene, leaving Chifamba bleeding profusely,” Mahoko said.