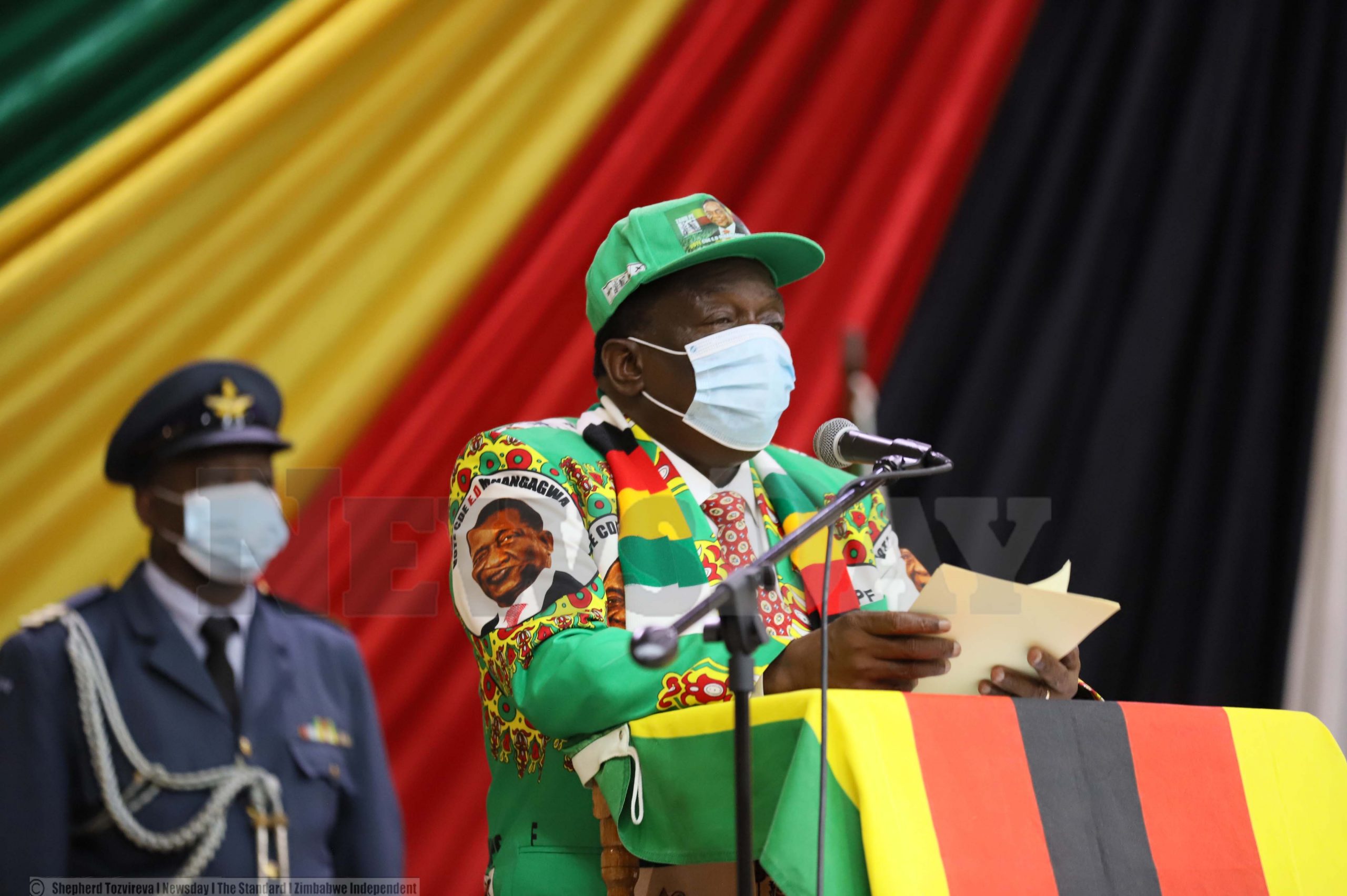 BY HARRIET CHIKANDIWA
PRESIDENT Emmerson Mnangagwa yesterday threatened to deal with the newly-formed opposition Citizens Coalition for Change (CCC) if it causes trouble ahead of the March 26 by-elections and the 2023 harmonised elections.

He said this while addressing hundreds of his Zanu PF party youths at the Robert Mugabe Square in Harare to commemorate the National Youth Day.

“What did Chamisa say at his rally? He said if he does not win the presidential elections next year, he will use violence and you wonder. Now that you have said you will use violence, we are now prepared for you, tagadzirira,” Mnangagwa said at the youth rally which was attended by party youths, some of them bussed from as far as Bulawayo.

“I struggled in my heart yesterday (on Sunday) while listening to Chamisa saying if I (Chamisa) become the president, in five days, whites would have flooded this country. I just said ‘nyika inovakwa nevene vayo’ (a country is built by its people). Zambians, the Chinese and Russians built their own countries.

“No! Chamisa, our country cannot be built or developed by whites,’ he said.

Mnangagwa urged the youths to remain focused and committed to building and developing Zimbabwe.

“The onus is on you our young people to defend, protect and guard the independence of this country. The young people of yesteryear used guns to bring you the independence of this country, but you the youths of today only have to use your vote to defend our country. Use your vote wisely and be conscious that this very right to vote was paid for with the blood of many young sons and daughters of our great country. Shun violence and all those who want to see the downfall of this
country.”

Mnangagwa urged the youths to fight drug and substance abuse.