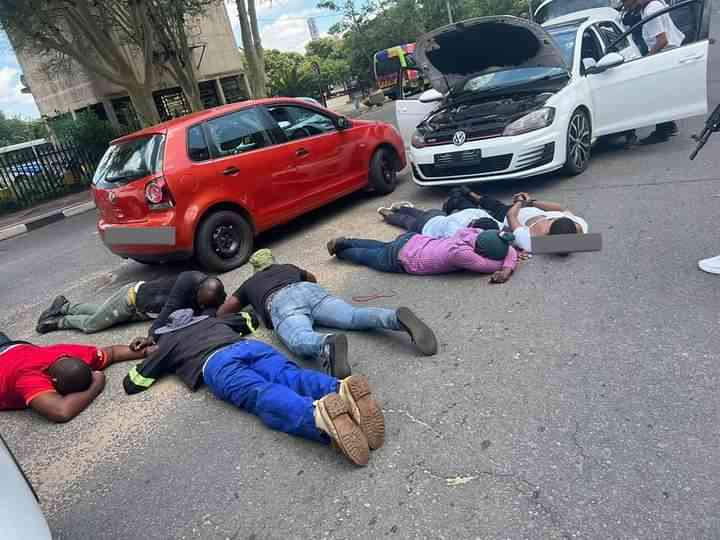 “On Wednesday 16 November 2022, officers received a tip-off about a group of individuals planning a robbery in the Fordsburg area using a white Volkswagen Golf 7 GTi and a maroon Volkswagen Polo and officers were deployed at strategic points in the area waiting for the suspects. Not long after the deployment, the said vehicles were identified and the takedown was initiated.”