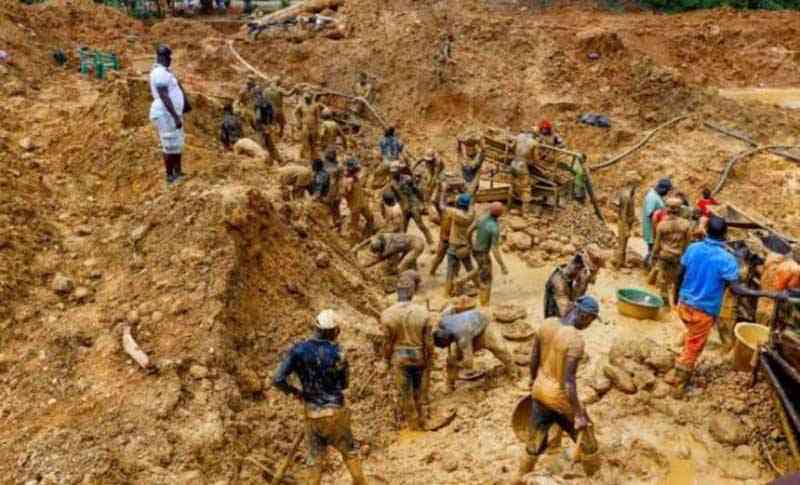 BELARUSIAN and Chinese miners have invaded the internationally acclaimed Musangano Lodge in Manicaland’s Mutasa district to prospect for gold and other minerals.

The property is owned by a German national, Birgit Klein Alterkamp and is protected by Bilateral Investment Protection and Promotion Agreement  (BIPPA).

Alterkamp has now dragged Belarusian and Chinese companies Zim Gold Fields (ZGF) and Young Tech Engineering (YTE) respectively to the High Court to stop them from disrupting her business operations.

The High Court in Mutare ruled in her favour and interdicted ZGF and YTE from continuing with mining operations.

But ZGF and YTE challenged the ruling at the Supreme Court, and the matter is yet to be heard.

Alterkamp told The Standard that the mining operations impacted negatively on their hospitality business.

“On May 5, 2022, we were approached by a company named YTE which was contracted by a company named ZGF apparently involving Belarusian and Chinese interests, claiming to have a special grant from the Zimbabwean government to conduct mining of alluvial gold and other minerals,” Alterkamp  said in a statement seen by this publication.

“A portion of the claim area is within our property bordering Mutare River. ZGF and YTE expressed the intention to mine on our property.”

She said they use the property in question to operate a tourism and hospitality business trading as Musangano Lodge.

“In one of the letters, ZGF and YTE stated that we had verbally given them the permission to mine on our property which is false and we had stated that the environment impact assessment (EIA) had not been done which is a requirement to the laws of Zimbabwe. ZGF and YTE replied stating that they do not need an EIA,” she said.

According to Alterkamp, on July 8, 2022, ZGF and YTE deployed heavy machinery and started carrying out mining activities on the properties adjacent to the lodge.

“They had four excavators and three tippers operating 24/7,” she said.

“The noise produced by this heavy machinery disturbed guests at Musangano Lodge.

“On August 29 we received a letter around 12pm stating mining activities within our property.

“ZGF/YTE entered our property at around 2pm on August 29, 2022 with four excavators and three tipper trucks.

“They engaged in the opening of deep casts.”

This forced Alterkamp to file an urgent High Court application.

An interim interdict directing ZGF and YTE to stop mining operations was issued on September 1 by the Mutare High Court.

“This was effected on Thursday 1 September in the early evening when the heavy machinery was withdrawn from our premises. Since then ZGF/YTE have submitted various objections, our lawyer’s submitted applications countering the above,” reads the statement

“After submitting an appeal at the Supreme court to suspend the interim interdict ZGF/YTE returned on September 6 with even greater force and speed, quite apparently to maximize the mining activities and to utilize each minute while using fine-tuned legal steps to prevent ZGF and YTE from being stopped operating.”

Land under BIPPAs is exempt from invasions.

However, during the fast track land reform programme a number of farms under BIPPA were invaded.

In 2020, government announced that it would offer land back to two categories of farmers who were dispossessed under land reform.

Under Section 295 of the Constitution, farmers under BIPPAs and indigenous farmers must be compensated for land seized during the land reform exercise.

According to the Ministry of Foreign Affairs and International Trade, Zimbabwe has ratified at least 12 such agreements with countries such as South Africa, Germany, Denmark, Netherlands and Switzerland, among others.