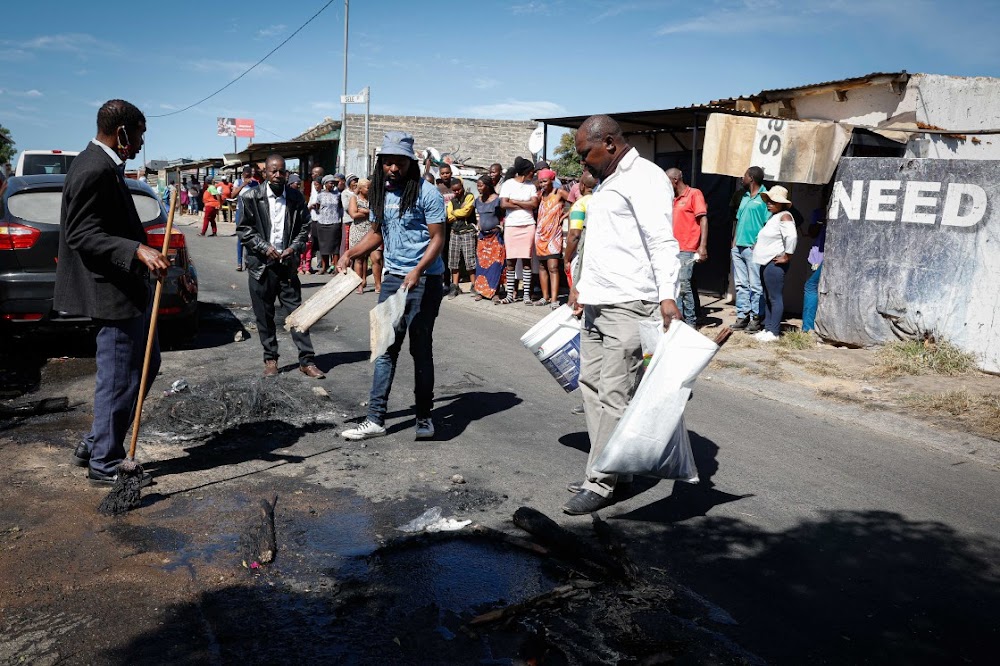 BY SILAS NKALA
BULAWAYO-BASED political parties and human rights groups have chided government for failing to improve the economy, but is quick to bury its citizens who die abroad after fleeing poverty in Zimbabwe.

On Wednesday, government, through the Chief Secretary to the President and Cabinet Misheck Sibanda announced that it will provide a State-assisted funeral for Elvis Nyathi, who was brutally murdered in neighbouring South Africa recently.

Nyathi was stoned and burned to death in Diepsloot, north of Johannesburg on April 5 for failing to produce a passport, as the vigilante group implementing Operation Dudula targets Zimbabweans in South Africa.

“The Chief Secretary to the President and Cabinet, Sibanda wishes to announce that President Emmerson Mnangagwa has granted a State assisted funeral to the late Nyathi who was slain in South Africa last week. The remains of the late departed are expected in the country at the weekend,” Sibanda said.

Zapu spokesperson Mso Ndlovu said the government should have pledged support for the affected family which has been deprived of a breadwinner.

“Under normal circumstances, we should be grateful and commend the government. But as Zapu, we find this gesture an insult to every Zimbabwean. A government must provide State-assisted life support, not only assist at funerals. The government must never be an undertaker or a funeral parlour,” Ndlovu said.

Citizens Coalition for Change interim Bulawayo national secretary for labour and social security Gideon Shoko said:  “The government should deal with the economy to keep our people in the country and not to be in the business of funeral assistance. Will it continue assisting those who are maimed and killed in South Africa?”

A Zimbabwean educationist based in South Africa, Nhlanhla Ncube, said: “Mnangagwa should do more than that by fixing the economy and eradicating political violence in Zimbabwe.  He should allow the people to enjoy all their constitutional freedoms and human rights. Mnangagwa should engage the SA government on the abuse of Zimbabweans.”

Bubi-based human rights defender Abigail Mupambi said the government should take a clear position and engage South Africa because the attacks on Zimbabweans could spread.

The Bulawayo Progressive Residents Association chairperson Ambrose Sibindi weighed in: “While a State-assisted funeral is welcome, the government can be blamed for the killing of its citizen outside the border.  Nyathi’s death is a wake-up call to fix the economy.”

“What the government needs to do is to deal with what drove Nyathi to SA, poverty, hunger, unemployment and denial of democratic rights and freedoms, because just attending to the funeral is not dealing with the causes of the problems leading to Nyathi’s death,” Ncube said, adding that enjoyment of human rights should be prioritised.