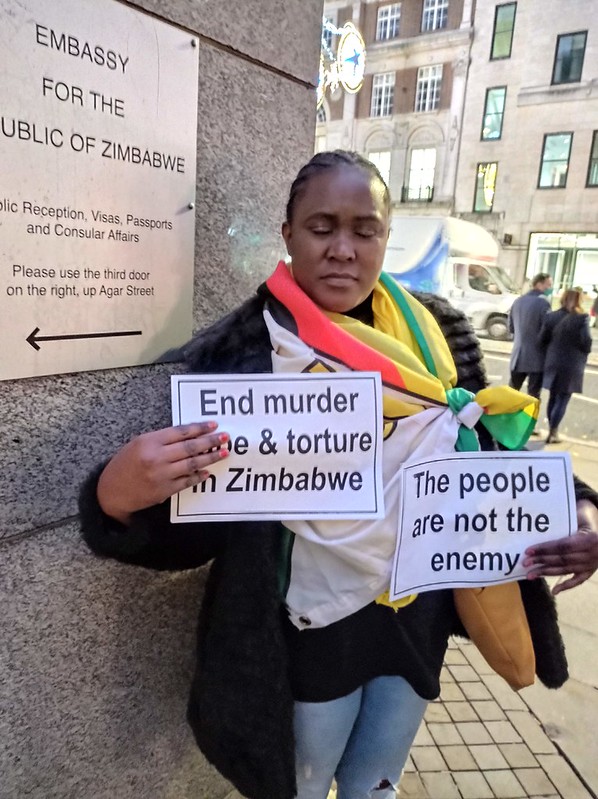 Fears that no arrangements have been made for free and fair elections were voiced at a meeting organised by the Zimbabwe Democracy Institute to discuss what needs to be done as the country heads for by-elections in 2022 and the harmonised elections in 2023.

One of the main demands from the meeting was that the army must not be involved in the political process. Political analyst Ibbo Mandaza said Zimbabwe had a crisis of legitimacy. ‘Zanu PF leaders refuse to move out of power, and when they lose, they seek ways to retain power. Look at Mugabe: since 2000 he used the military. When President Emmerson Mnangagwa noticed that he had lost presidential elections with 33% the military went into action.’

Mandaza called for the end of army involvement in the Electoral Commission because ‘since 2000 the major objective of elections is to simply legitimise or to seek legitimacy for a largely illegitimate regime and illegitimate elections’. (See: https://www.newsday.co.zw/2021/12/free-fair-election-impossible-under-military-rule/.)

A documentary about the disputed 2018 elections by the Danish filmmaker Camilla Nielsson has received good reviews in the United States. An article in the Los Angeles Times described the film titled ‘President’ as ‘outstanding, gripping, necessary’.

It says: ‘Once the first crack in the process’s legitimacy materialises — the Zimbabwe Electoral Commission’s suspicious exclusion of Chamisa’s party from the ballot-printing process — “President” becomes something infinitely nervier and scarier as an election narrative. We watch battles being fought that have nothing to do with the will of the people deciding on issues important to them and everything to do with rules, obfuscation, messaging, legal tactics, polling station irregularities, delayed results and, most disturbingly and graphically, state violence against demonstrating citizens in the days after the election.’ (See: https://www.latimes.com/entertainment-arts/movies/story/2021-12-16/review-president-documentary-democracy-zimbabwe.)

Prospects for free elections were not improved by an attack by armed Zanu PF supporters on the annual general meeting of the Crisis in Zimbabwe Coalition in Bulawayo on Wednesday. Several delegates were injured as chaos was caused by people chanting Zanu PF slogans. Crisis spokesperson designate Obert Masaraure spoke of a lack of help from the police. ‘When the thugs attacked us, we immediately phoned police, but the police took almost an hour to respond. When they arrived, we even showed them some of the suspects who were still milling around the hotel, but they took no action.’ (See: https://www.newzimbabwe.com/three-injured-as-zanu-pf-gangsters-run-amok-at-crisis-coalition-agm/.)

An exasperated challenge to President Mnangagwa came from Chief Murinye at a funeral in Masvingo attended by government officials. He said the President must stop the looting of the country or lose the 2023 elections. ‘We are fed up with these criminals that surround the President. This is nonsense and it must stop; this country does not belong to anyone. You can kill me if you want but stop this.’

Chief Murinye described houses in the leafy suburbs of Borrowdale, Chisipite and Glen Lorne as a sign of obscene wealth and corruption and said he wouldn’t want to be associated with such kind of money in the midst of poverty. ‘I would rather be a poor chief than have such filthy wealth in the midst of poverty. There is no development in this country. Government officials saw for themselves the bad state of roads here. You hide your Zimbabwean passport out of shame when you are outside the country because of our bad name.’  (See: https://masvingomirror.com/we-are-fed-up-with-zanu-pf-looters-chief-murinye/.)