The Wedza Residents Development Initiative Trust (WERDIT) on December 13, 2021 conducted an Interface meeting with duty bearers on Gender Based Violence and other rights violations against women.

Source: Update on the Interface meeting with Duty Bearers on Gender Based Violence – The Zimbabwean 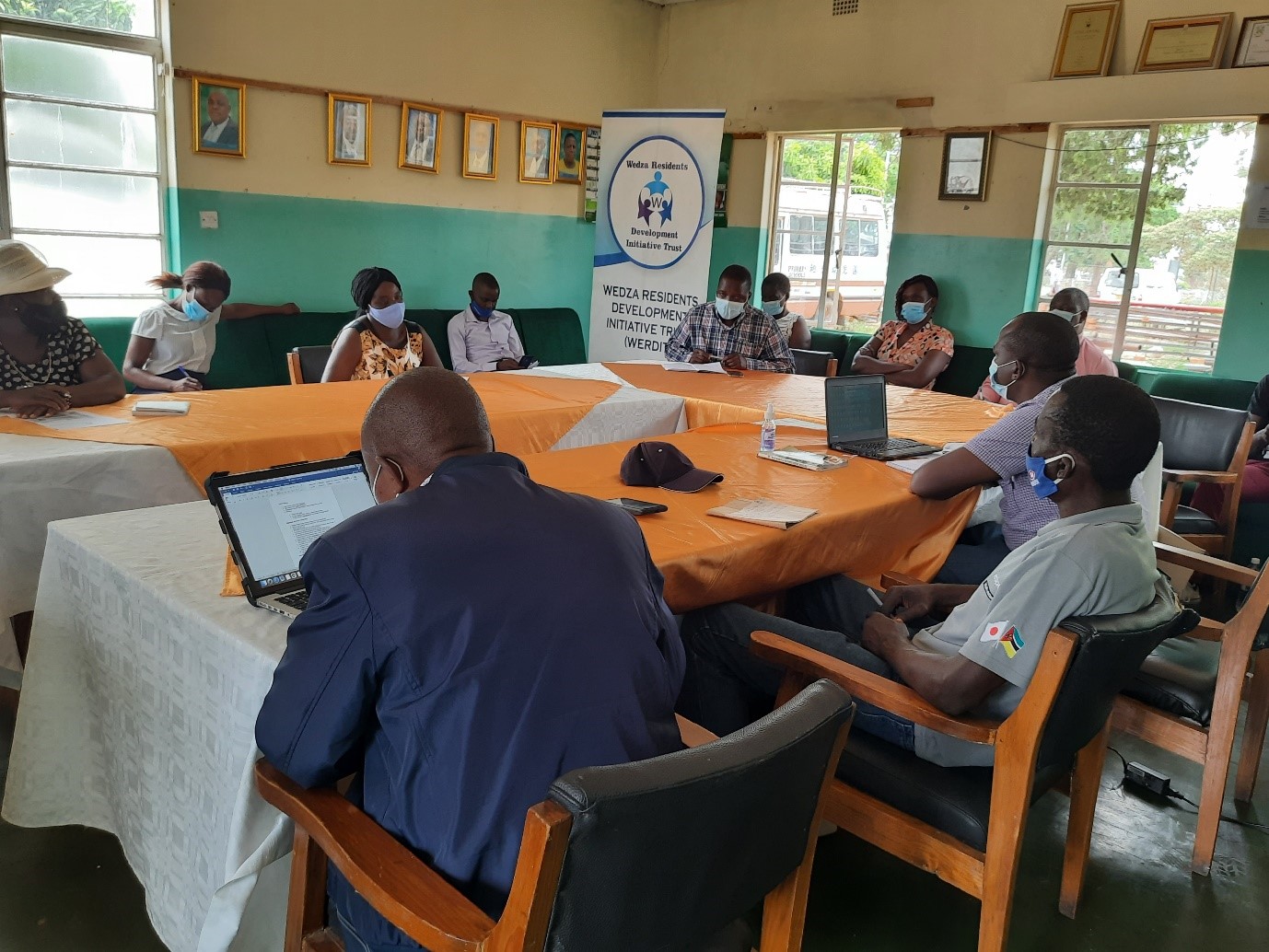 Some of the participants who attended the WERDIT Interface Meeting

The meeting sought to provide a platform for state and non -state actors to make an audit of the efforts made in fighting GBV in Wedza district in 2021, as well as other violations against women. This is set to promote access to information for residents on the mentioned issues and the interventions to be made in 2022.

This initiative is part of WERDIT’s ongoing Peace Building and Conflict Management programme in Wedza district.

WERDIT Peace Clubs known as Community Advocacy Meetings(CATs) and selected victims of GBV also attended the meeting to share their ordeals with the duty bearers with the view to influence possible remedies and referral pathways for survivors from the relevant state and non-state actors.

According to the Wedza District Coordinator for the Ministry of Women Affairs, Community, Small and Medium Enterprises Development, Luckison Magebuza, GBV cases in the district increased by 70% between 2020 and 2021.

He highlighted that 90% of the reported cases involved women as victims. He also indicated that Zimbabwe Prison and Correctional Services revealed that Mashonaland East Province has the highest number of inmates sentenced on cases to do with domestic violence in Zimbabwe hence the need for interventions aimed at stopping GBV.

In the same vein the Ministry of Social welfare revealed that in 2021, there were 150 reported cases of child abuse in Wedza district, with the, majority of survivors being girls.

The forms of abuse include physical abuse, neglect and child marriages. These abuses are reportedly being perpetrated by guardians, relatives and other trusted people in the community. It was also revealed that most cases are not being reported due to fears of losing bread winners in the event that they are incarcerated and also avoidance of family disunity.

It came out during the interface meeting that some of the causes of child abuse include poverty, religious and bad cultural practices. An apostolic sect known as Madhuterere was mentioned as the worst perpetrators of child marriages and rape.

In light of this challenge, WERDIT called for the timely intervention of the relevant law enforcement agents and responsible state actors.

Authorities present during the meeting requested WERDIT and other development partners to come up with income generating projects for the economically vulnerable households to avoid the exploitation of women and children.

Mr Nyamande, the District Health Officer highlighted that the cases of GBV and related abuse of women increased during the lockdown period. He indicated that in most cases, survivors of domestic violence will endure excruciating pain as procedures for the police report have to be followed before they get treatment. In this regard, he advocated for a one-stop centre catering for all the remedial actions including medication, counselling and law enforcement. He also highlighted that cases of Sexually Transmitted Illnesses (STIs) were on the increase as a result of promiscuity which is bred by GBV. He urged survivors of rape to report to the clinic within 72 hrs to ensure prevention of HIV and unwanted pregnancy.

Mrs Tekede, the Social Services Officer for Wedza Rural District Council beamoned the low participation of women in development projects in Wedza district. She attributed this to the fact that there are few women who are in leadership positions in Wedza district. She indicated that out of the 15 councillors in the district, only two are women. The two parliamentary candidates for Wedza North and South are also men. Out of 337 village heads in the district, only 10 are women. Tekede emphasised that, women can improve their meaningful participation by taking leadership positions.

In this regard Tekede called upon development partners to consider partnering the council in encouraging women to vie for posts of councillors. Equally residents should support them as a form of empowering them.