MEMBERS of Sibanye Burial Society meet once a month, under the shelter of a tree at MaKhumalo Beer Garden (Big Bhawa) in Bulawayo.

Some might question why a burial society founded in Trenance, meets in Makokoba but the explanation is simple.

For the members of this burial society, Big Bhawa, is Switzerland, neutral territory as members are now scattered all over the western townships in the city.

For decades the burial society has been an integral part of Sibongile Luphahla’s life, becoming an extended family that is always within close grasp when those two terrible twins, death and illness, inevitably come calling.

The colour and emblems of the society have been embroidered onto her mind by the delicate hand of time. 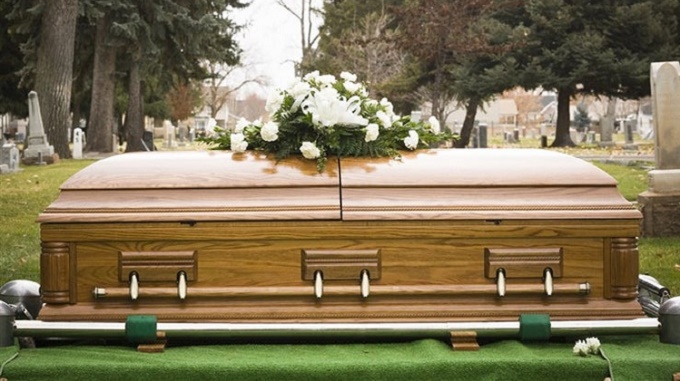 Established in 1981, the burial society has been a comforting shoulder for its members during the economic storms that will inevitably assault a country in a four-decade period.

From the days of discomfort of Economic Structural Adjustmebt Programme (ESAP) to the uncertainty brought on by the Russia-Ukraine conflict, Sibanye has been the helping hand, unseen by larger society, but bringing immeasurable comfort to its members.

While their subscription fees are modest, $1  200 a month or foreign currency equivalent, when a member gets hospitalised, they get as much as US$20 for every night they spend in hospital.

They also get a lumpsum when a holder or a family member passes away. Burial societies of course, did not begin after Zimbabwe’s independence but were instead largely the offspring of colonial rule which excluded black people from the formal economy, relegating them to the fringes where they had to be innovative in order to receive dignity, even in death.

Records from the National Archives of Zimbabwe show that as early as 1919 burial societies had already been formed — namely the Sena Burial Society and the Gazaland Burial Society — which based their membership on migrant labourers from Mozambique. In the City of Kings, by 1973, 248 burial societies had registered their constitutions and were approved by the Bulawayo District Commissioner.

In addition to burial societies, there are the “books” allocated to households, where one signs and puts a certain amount of money whenever bereavement visits someone in the community (oZibuthe).

All these measures were traditions that were part and parcel of the ritual of death in local communities where ubuntu would not be abandoned at a time when a fellow resident was nursing a wound inflicted by death.

However, ubuntu did not seem to be a part of the discussions last week when social media users piled on the country’s funeral service providers as they claimed that they were getting the short end of the stick in terms of return on investment.

From a former civil servant who was on a group policy but after resignation from his job, was told to turn it into a personal one, thereby losing nine years of investment, to a man that was aggrieved that his policy was revoked after years of consistent contribution because he had been retrenched and thus failed to pay three months, many aired their grievances.

A math whiz even weighed in with his own calculations. According to the twitter user, a premium of US$20,57 per month meant that in a year, one would have forked out US$246,84 and US$7 405,20 in 20 years. If one died, the twitter economist quipped, this would be a poor return on investment as the insurer would buy a US$300 coffin and use US$500 for fuel. The rest it would pocket.

However, this math and reasoning were shot down by Nyaradzo CEO Phillip Mataranyika who broke down the complex but emotive business of death and burial.

Now among those that can be covered under the six-pack plan are parents of both spouses, four of them who may all be above the age of 70 and may die within the twenty-year period.

Assuming the cost of funeral services of each is about US$10  000. Multiply that by 4 that gives you US$40 000 and you still have the husband and wife to go. Assuming they both die within the 24 year period, the cost-of-service provision goes up to US$60 000.

Remember also that children of the principal member are covered for free and could also die as death doesn’t come only to the aged,” he said. Nyaradzo operates under the tagline “Sahwira Mukuru” and to many Zimbabweans it has justifiably earned the right to call itself their dear friend. 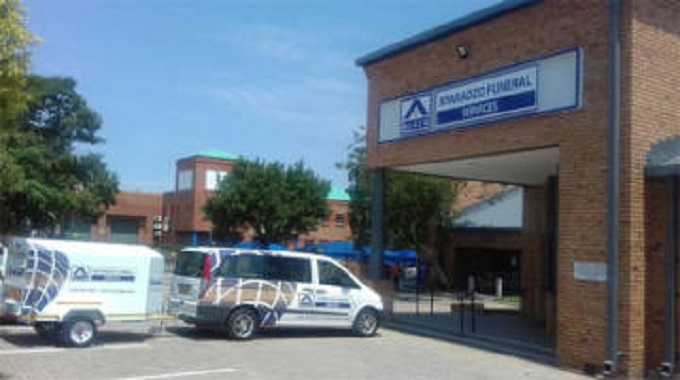 Perhaps this is because it has policies that seem people-friendly and the closest to the burial societies that were the backbone of the burial system for the black majority over the years.

It offers the little things, at a reasonable cost, that older insurance providers could not.
While the major funeral service providers will not visit you when you are in hospital, or donate a bag of maize meal on days leading to the funeral, like the members of burial societies do, they tend to pick up a lot of costs for a reasonable amount.

“Over the years, we have had policies that mature and could cover only principal members. Because we are an organisation that cares and understands the African and Zimbabwean culture, we introduced a new generation of policies that were flexible and affordable.

The first of those policies was the six pack whose highest premium for all six is US$57. Because clients saw value in a policy transaction that covered six members of the family including parents from both sides, they opted out of the migrated to the six-pack plan. The traditional policies almost died as less and less people signed up for them, but we have kept them on our books,” he said.

It is perhaps telling that many in burial societies are still on funeral policies, doubly insuring themselves against the possibility of death.

However, while they provide an invaluable service, the Insurance and Pensions Commission in Zimbabwe acknowledged last week that there are some grey areas that funeral insurance service providers needed to bring into better light.

When a member has defaulted on payments at Sibanye Burial Society, they still get pay off, minus the money owed from the months they would have failed to make their contributions.

This is a luxury that is not afforded to those who subscribe to big insurers, who can find themselves truly friendless in their hour of need. After all, it is much easy to reach an understanding and gain sympathy with Mkandla from the house on the corner than a young insurance officer sitting in his air-conditioned office.

“The Insurance and Pensions Commission (Ipec) has taken note of ongoing discussions on social media, regarding funeral assurance products and pricing in Zimbabwe.

Ipec acknowledges the concerns that have been raised by the public on the matter and wish to advise that prior to the current discussions on the matter, Ipec, in line with its mandate of protecting the interests of policyholders, was already in engagement with funeral assurers through their association — Zimbabwe Association of Funeral Assurers (ZAFA) on these and other issues.

These engagements, which also centre around product design and pricing, are expected to culminate in reforms that will ensure the vibrancy and sustainability of the sector and the protection of policyholder interests. Ipec will update stakeholders on the progress regarding this exercise.

Meanwhile, policyholders with complaints against any of Ipec’s regulated entities, can raise their complaints with Ipec using the contact details below,” Ipec said.