A 64-year-old widow from Shangani in Matabeleland South Province has accused Chief Gwesela of Zhombe of elbowing her out of her mining venture, a development which she says has left her wallowing in poverty.

The woman, Mrs Priscilla Ndlovu told Sunday News that her husband acquired the mine in 1994 and named it ESAP after the country’s economic strategy of the 1990s, the Economic Structural Adjustment Programme (ESAP).

“I am now living in abject poverty after Chief Gwesela and his accomplices invaded my property in 2019 and took over operations. I am told they had got a tributary here from which they were supposed to prospect for gold but instead of doing that they went after my mine,” said Mrs Ndlovu.

“My late husband Todd Ndlovu acquired that mine in 1994 and we had been mining there in the process making a living out of that venture until Chief Gwesela and his people invaded the property. They took away all our equipment leaving us with nothing.

I’m now starving and I have been knocking on different offices so that the authorities could assist in dealing with the issue without receiving any joy.

What pains me most is that I see these people working on my family’s property and because I am powerless I can’t do anything. I’m just a helpless woman.”

Mrs Ndlovu said they had even connected electricity using the family’s resources to the mine when their business was at its peak. 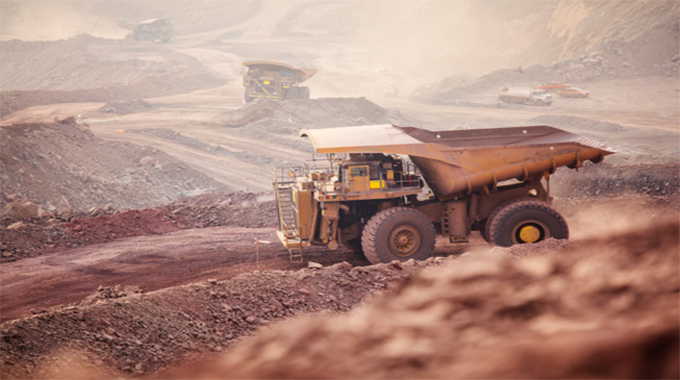 Contacted for comment, Chief Gwesela accused Mrs Ndlovu of lying and said he got it as a tributary from Bindura Nickel Corporation.

“ I didn’t invade her mine. It was given to us by Bindura Nickel Corporation as a tributary. They had their own tributary which has since expired, she should stop misleading people.

Many people have been phoning me about the issue and I told them that I was not in the wrong,” he said in a telephone interview.

“I have been approached by many people saying I invaded Mrs Ndlovu’s property which is not true like I said. In fact, myself I am not even mining there as there is a syndicate doing that.

Myself I am just doing security duties since my security company was hired to offer such services by the syndicate.”
While efforts to get a comment from the Ministry of Mines in Matabeleland South Province were fruitless, Sunday News is in position of papers that reveal that the dispute has been raging since 2019.

A dispute hearing was held at Gwanda Provincial Mining Director’s office on 30 April 2019. According to the resolution of the hearing referenced Matsouth/Z/619/046/19, both parties were advised to revert to their original docket positions and resume mining operations.

Sunday News is also in position of the Standard Tribute Agreement: UR TRIB 08/20 given to Eagle 1 Mining syndicate (Mrs Priscilla Ndlovu). The tribute agreement which was granted in 2020 is set to expire tomorrow (31 October 2022).