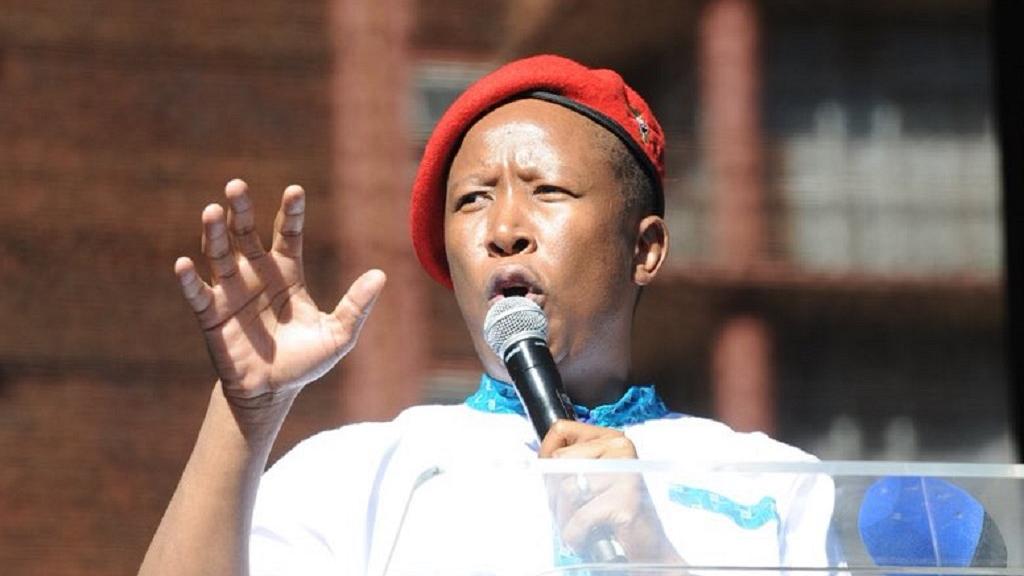 BY PROBLEM MASAU
VOCAL South African opposition leader Julius Malema has asked for forgiveness from Zimbabweans on behalf of his country following the killing of Elvis Nyathi, an immigrant who was working in the neighbouring country.

Malema, who leads the Economic Freedom Fighters, was speaking on the occasion of Zimbabwe’s Independence Day commemorations.

Nyathi was stoned and set ablaze two weeks ago by an angry mob in Diepsloot for failing to produce an identity document.

“The independence anniversary comes at a time of heightened Afrophobia that resulted in the violent and merciless killing of a gardener, Elvis Nyathi, who was accused of stealing jobs, gardening deemed a stolen job. On this day, we call upon the people of Zimbabwe and the rest of Africa to forgive South Africa and its people for the misdemeanors and criminality of a few, misled by the lack of ubuntu, to hate Africans in Africa,” Malema said.

Malema condemned the xenophobic attacks saying: “Criminality knows no nationality. In fact, the real criminality is at the doorsteps of white settlers who invaded and grabbed land and mineral resources for themselves at the exclusion of Africans. The level of self-hate and inhumanity of senseless killing of Africans by Africans must be condemned in its entirety and unequivocally, with the contempt it deserves.”

Meanwhile, commenting on the Independence Day, Ideas Party for Democracy leader Herbert Chamuka implored President Emmerson Mnangagwa to sort out the economic messy in the country.

“Zimbabweans have been mistreated in foreign lands. Most of our educated people are doing menial jobs in South Africa because there are no opportunities in Zimbabwe. Government should provide opportunities in the country so that our sons and daughters scattered across the globe can come back,” Chamuka said.

Kambizi Party leader Henry Mutasa said Independence Day was a time to reflect on the journey the country has travelled over the past four decades.

“It is for all Zimbabweans. We are all benefiting from independence. This is not a day for Zanu-PF; it is a day for Zimbabwe, for everybody,” Mutasa said.

“The liberation struggle was a collective effort, but only a few are enjoying. Everyone should enjoy the national cake. We are free from the white man’s bondage, but people are suffering, there are no jobs,” Munyanduri said.