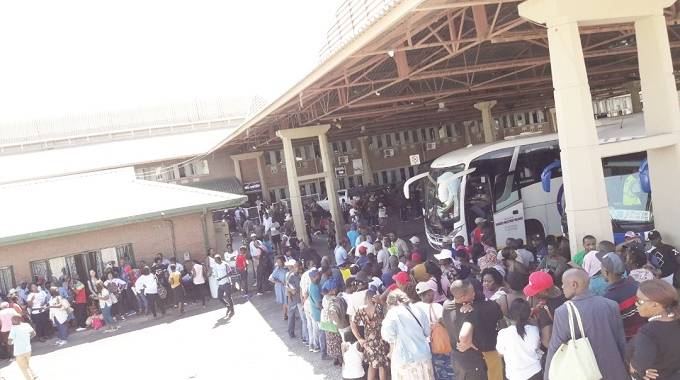 THE MDC Alliance has blamed President Emmerson Mnangagwa’s anti-poor policies for fuelling the Zimbabwe to South Africa migration crisis as desperate citizens continue crossing the border to that country.

The party made the remarks after the International Organization for Migration (IOM) said cross-border migration has become one of the key survival strategies in the country in the face of the harsh economic climate.

The IOM said this was one of the key drivers for bread winners to seek jobs and a better life in neighbouring countries.

“The volume of cross-border traffic between Zimbabwe and its neighboring countries has escalated dramatically over the past two decades. This follows the adoption of cross-border migration as one of the key survival strategies for many households in the face of severe economic challenges,” IOM said in its new Zimbabwe National Country Strategy 2021-2024 document.

“As the legal channels for labour migration are often perceived by Migrants to be overly expensive, time consuming and bureaucratic, the volume of Migrants leaving Zimbabwe irregularly has increased.”

The MDC Alliance said the migration crisis was a manifestation of a longstanding crisis of governance directly connected to Mnangagwa’s illegitimacy.

“While people move from country to country throughout the world, the Zimbabwe-South Africa migration is driven largely by chronic unemployment and extreme poverty in Zimbabwe which are directly connected to the illegitimacy of Mnangagwa’s regime and the nation’s deep-seated governance crisis,” the party said in a statement.

The opposition party accuses Mnangagwa of rigging the 2018 elections.

MDC Alliance spokesperson Fadzayi Mahere told The Standard: “We cannot speak of progress when 49% of the population lives in extreme poverty, the nation is reeling from chronic unemployment, hyperinflation continues to erode salaries, we are saddled with currency dysfunction as the forex auction has failed and the cost of living is beyond the reach of most.”

There are no exact statistics on the number of Zimbabweans in South Africa but estimates put the figure at nearly 3 million. Zimbabwean permit holders in that country however face an uncertain future after Pretoria said it will discontinue the permits in December.