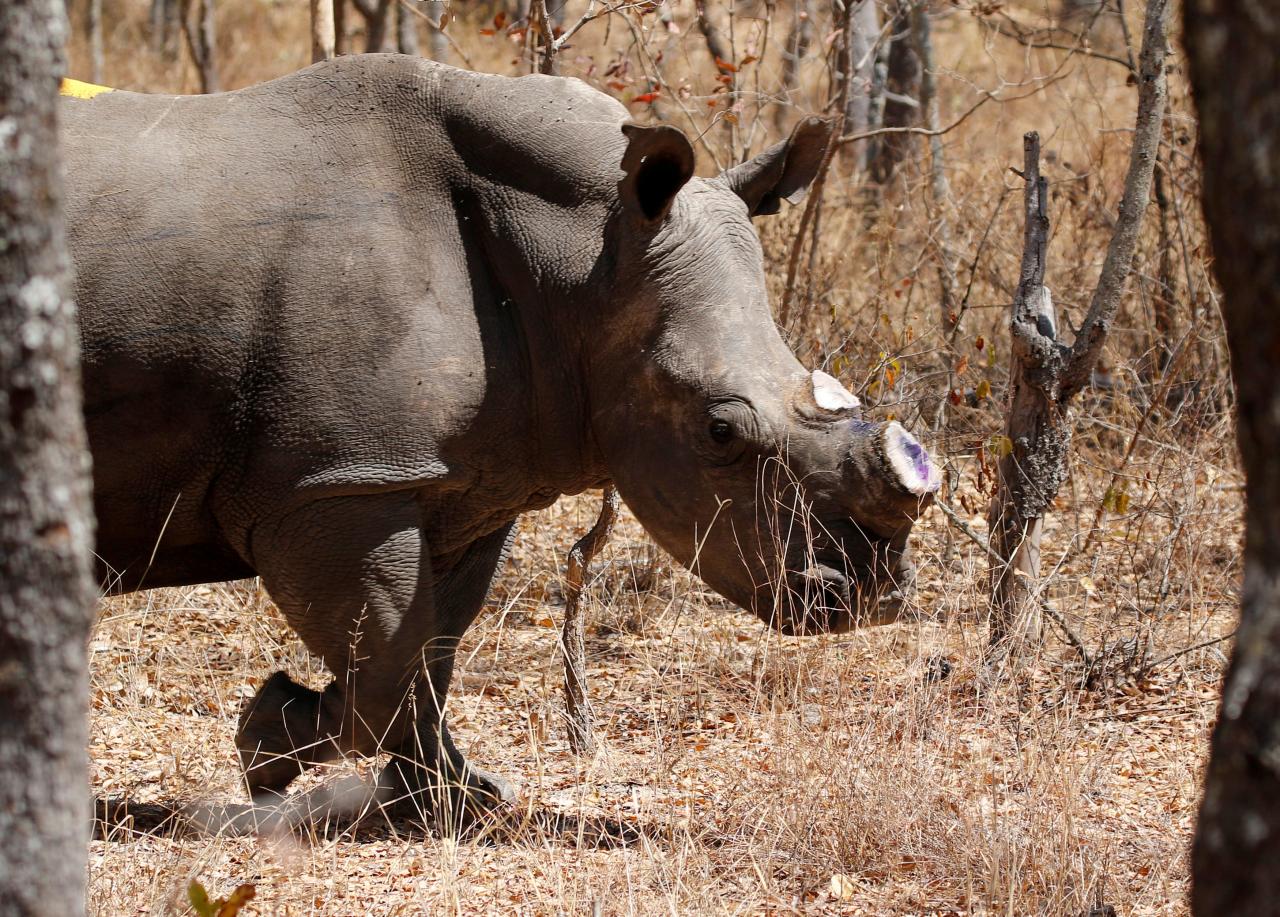 Two serving ambassadors, a retired diplomat and a high-ranking army officer are among numerous individuals who have been controversially settled on a private Midlands conservancy.

The conservancy is located in an area in which President Emmerson Mnangagwa and his wife, respectively, once represented in parliament.

Lands, Agriculture, Water, Climate and Rural Resettlement ministry officials are being blamed for the contested occupation of the conservancy.

Named diplomats admitted in interviews to getting pieces of land on the 63 000-hectare conservancy which is home to a range of wild animals that include the black rhino, elephants, kudus, eland, impala, bushbuck and waterbucks.

Buffaloes, hippopotamuses, zebras, wild dogs, leopards, cheetahs, brown and spotted hyenas and lions are also among the residents of the conservancy, which is managed as 10 separate game ranges.

Other people who have been settled on the Midlands Black Rhino Conservancy (MBRC) —situated in the Chirumanzu-Zibagwe constituency— include senior bureaucrats and members of the ruling Zanu PF party, it was established.

The MBRC has one of the highest populations of sables in Zimbabwe and conducts leopard ecological surveys, according to its website.

Members of the ruling party from surrounding areas like Zhombe, Chiundura, Kwekwe and Lower Gweru invaded the conservancy’s Dunlop Range ahead of the 2015 by-election with the blessings of relevant government departments like the Lands ministry.

These invasions set the pace for the current occupations.

Investigations that were done in collaboration with Information for Development Trust (IDT), a non-profit organisation supporting Zimbabwean and Southern African journalists to report on corruption and bad governance, have established the occupation of the MBRC—which runs as a trust, manages game drives and is home to more 200 bird species—by politically exposed individuals is threatening the area’s ecosystem.

The Environment Ministry says it is not aware of the new settlements on MBRC. It urged the aggrieved parties to report the matter.

The responsible minister, Mangaliso Ndlovu, said in an interview that it was not government policy to resettle people on private properties. He said:

That case has not come to my desk so I am not able to issue a detailed comment. The rhino conservancy, I think, is a private property but they have not come to us. It is up to the owner to come to us if they think they want us to get involved.

The MBRC was set up in 1987 when farmers owning 14 pieces of land came together to pursue wildlife business on a total of 63 113 hectares as shown on the conservancy’s website.

On-site observations made during the investigation revealed that the new occupants have set up temporary cabins inside the conservancy and brought in domestic livestock that is taking up pastures reserved for wildlife.

The new occupations are also heightening human-wildlife conflict as poaching by the “new farmers” is on the rise as the new occupants risk harm and loss of life.

It was also observed that the settlers were clearing big tracts of land for farming purposes, a development that disturbed the natural habitats and vegetation and drove away the wild animals from their homes.

One of the new settlers is Zimbabwe’s ambassador to South Africa, David Douglas Hamadziripi.

Zimbabwe’s former permanent representative to the United Nations, Chitsaka Chipaziwa, also got a piece of land in the conservancy and had no qualms confirming it.

The Parks and Wild Life Act (Chapter 20:14) prohibits human settlements or agricultural activities on conservancies without an accompanying law.

There is no publicly available information showing that the settlement of the new farmers in the park was enabled by a statutory instrument or any other relevant legislation or decree.

Zimbabwe’s current ambassador to the UN, Albert Ranganai Chimbindi, is also a beneficiary of the settlements on the MBRC conservancy.

Air Commodore Marcelino Jaya, who is based at the Josiah Magama Tongogara Airbase in Gweru, is also on the list of the conservancy settlers. The general did not respond to calls and he blocked the investigating reporter following several Whatsapp messages that blue-ticked.

Available documents show that he is the one who urged fellow settlers to block the investigating reporter.

Another senior soldier who got a plot in the conservancy, Captain Benson Munyanduki, first asked to “talk in person” but later ignored requests for information relating to his occupation of an area on MBRC.

When contacted for comment, he asked to “talk in person”.

He did not return further requests to give additional information.

Mphambela insisted that he observed due process when he was allocated a plot in the conservancy argued that his activities would not negatively impact the wildlife.

Masunda, Jaya and Sungwa did not return requests for comment despite reading the Whatsapp messages.

Records show that members of a Whatsapp group comprising the settlers resolved to block the investigating reporter, with one of them wondering how the journalist got information relating to the occupation of MBRC.

Garry Killea, the MBRC chair, was non-committal when contacted for his comment adding, “As a trust, all MBRC actions are governed by the MBRC constitution.”

Killea referred further questions to Doug King, the head of the Chinyika range, one of the targets for resettlement who described the resettlement of the people in the range as “detrimental” and said they had not been officially notified of the switch of the jurisdiction from the Environment ministry to Lands.

Doug said he was preparing a court challenge and did not intend to pre-empt the case. He observed that some of the letters that are being brought by occupants had no stamp or no signature.

Several women who have been helping manage the conservancy fear that the occupations will disrupt their livelihoods.

Mr Tinashe Farawo, the Zimparks public relations manager, said Zimparks was not responsible for the crisis taking place inside MBRC. He said:

We don’t distribute land. Our business is wildlife management and conservation. We don’t issue offer letters.

Midlands provincial lands officer, Kudzai Katiyo, said: “We need to seek clearance from the director of lands before we give out information. That is the procedure.”

In follow up enquiries days later, she said she had “failed to get clearance from my superiors”, so she could not comment on the matter.

Cephas Magaudze, the director of lands at the Lands refused to shed light on the settlement of people in the conservancy while the responsible minister, Anxious Masuka, repeatedly ignored calls made to him,

Tafadzwa Mugwadi, the Zanu PF director of information and publicity denied that the party had resettled people in the MBRC ahead of the 2015 by-election.