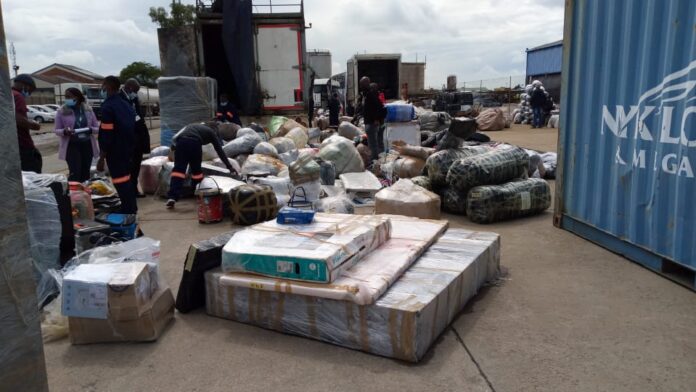 By Harriet Chikandiwa
The Zimbabwe Anti-Corruption Commission (Zacc) has impounded nine buses carrying goods suspected to have been smuggled in the country.

In a statement, Zacc said the bus crew and passengers failed to produce declaration forms, leading to their arrest.

“Some of the smuggled goods found on the buses include an assortment of alcoholic drinks, blankets, bags containing new clothes, shoes, washing powder and energy drinks worth hundreds of thousands of United States dollars. The bus crew and passengers failed to produce Zimra declaration forms,” the statement read in part. 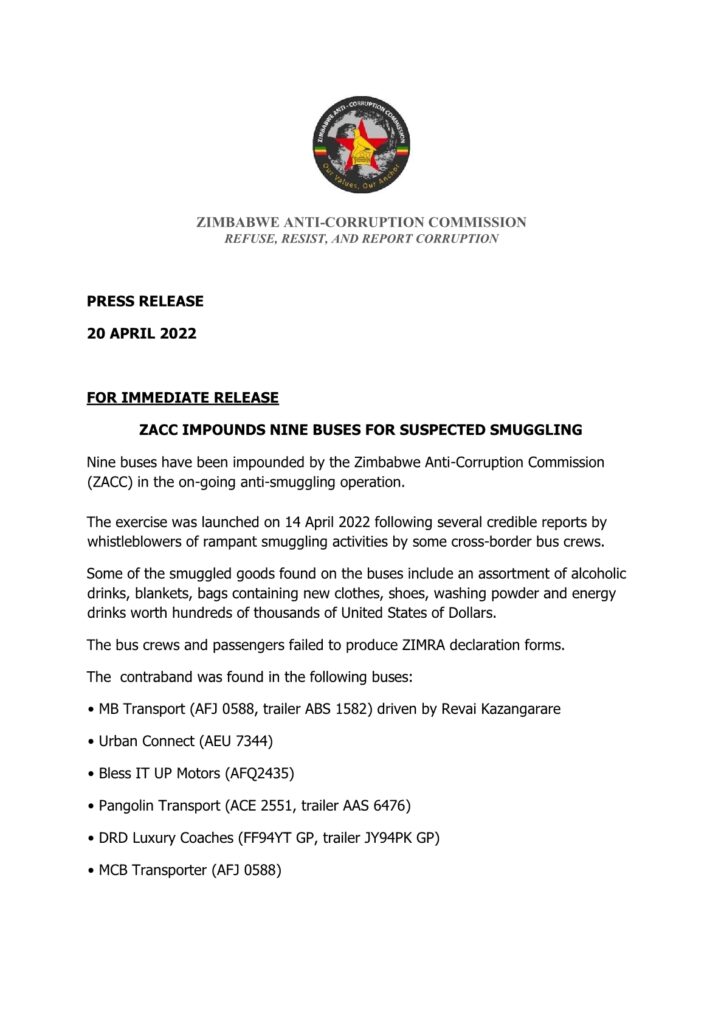 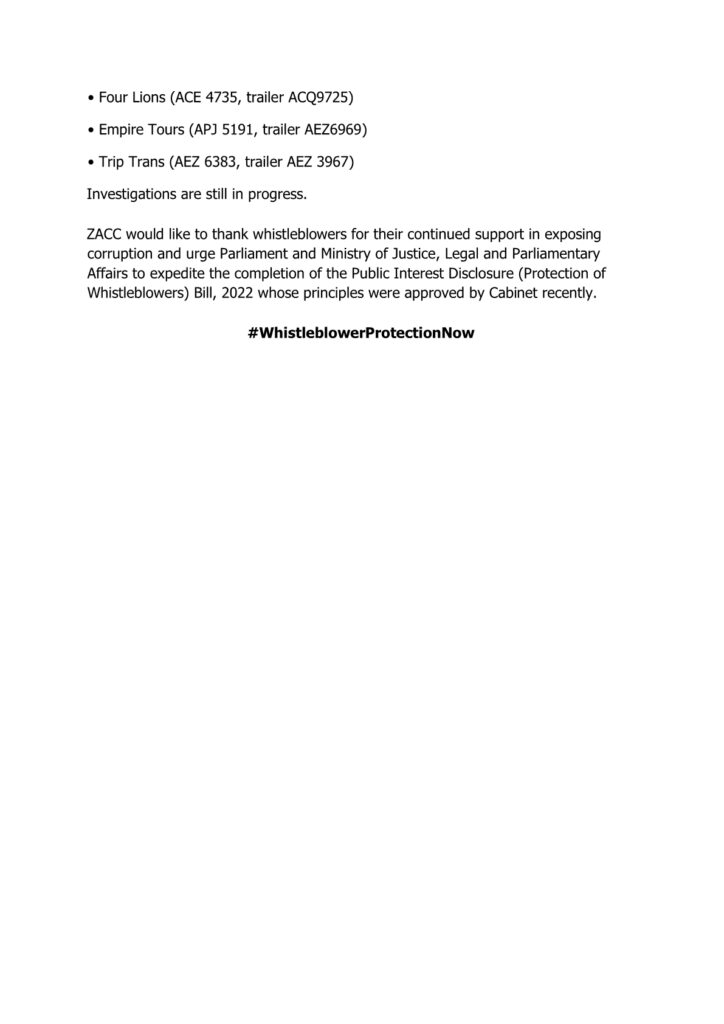 Early this month, Zacc launched an anti-smuggling operation after receiving reports of rampant smuggling at the country’s port of entries.

Part of the smuggled contraband