AS a retired former police officer, my heart bleeds when I see the living conditions of serving police officers deteriorating each day.

Source: Zim has gone to the dogs – The Zimbabwean 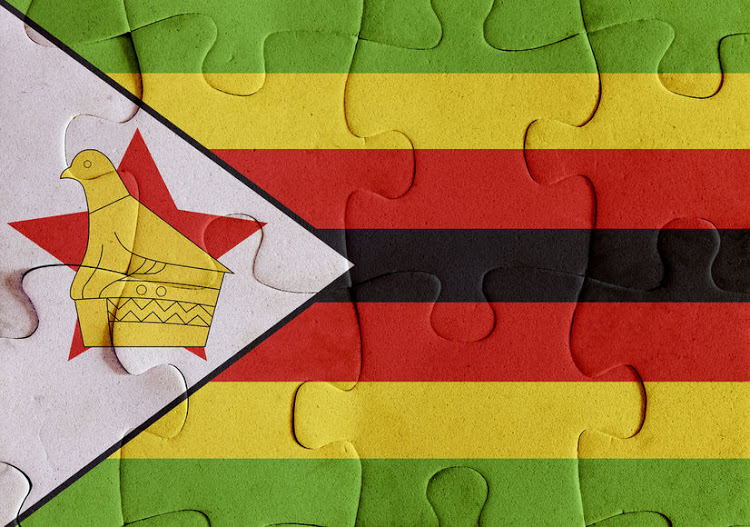 To be precise, I left the Zimbabwe Republic Police in 2008 on gratuity after serving for 11 years.

It was not because I wanted to retire, but I was a victim of a harsh economic environment and poor remuneration.

I left the force which I cherished, loved and served with honour.

When I left, it took me five years to get my gratuity of US$3 000. It was a long wait. Sadly, one of my friends, who retired last year got a paltry US$700 as pension after serving the force for more than 20 years.

I feel pity for those who are planning to retire from the force considering the harsh economic environment prevailing in the country. Surely, they will swim in poverty.

All these problems can be fixed if we adopt a new way of doing politics and making sure that we put the right people in government.

Zimbabwe is not the preserve of a few individuals or cartels who brag about participating in the liberation struggle.

The Zanu PF-led government must concede defeat and allow whoever wins in 2023 to form the next government.

Currently, the military is the centre of power hence it must allow free transfer of power and stop interfering with politics.

President Emmerson Mnangagwa had a golden chance in 2017 when he got the support of Zimbabweans to change the political discourse in the country, but he blew it.

Come 2023, the opposition Citizens Coalition for Change must take over and change the lives of the suffering Zimbabweans who are yearning for change.

It is a fact that Zanu PF has been losing elections since the Movement for Democratic Change came into the fold in 2000.

The referee, Zimbabwe Electoral Commission (Zec) cannot perform its mandate. It is in total mess.
https://www.newsreport.co.zw/news/2022/05/02/Zim-has-gone-to-the-dogs
The electoral management body must be disbanded and pave way for an independent body to run future elections.

The economy is on the deathbed. There is no production to talk about. Zimbabwe now depends mostly on imports.

“Consent of the governed” and “general confidence in the administration” are important ingredients of any political matrix. That is what is missing in Mnangagwa’s so-called new dispensation.

The Zanu PF government has completely lost its way. We cannot have another five years under Zanu PF. It has proved beyond any reasonable doubt that it has failed. –Leonard Koni

Business community must be economic actors

IT is a fact that Zimbabwe is in a mess.

The fuel and basic commodities’ prices are adjusted on a daily or weekly basis.

Inflation is at its all-time high in the post dollarisation era.

Those who are entrusted with rescuing the economy are at sixes and sevens.

However, the private sector, should play ball. It should complement government efforts in reviving the economy.

The business community must take a leading role, bury differences, display maturity, play an advisory role and foster unity and growth in markets.

The private sector must be active in local investment, power generation, commodity broking and production of goods for export and export substitution.

It must take the lead in critical sectors of the economy to revive our fortunes such as agriculture, mining, tourism, health and infrastructure development. –Chief Chiduku

ED leaving a legacy of failure

PRESIDENT Emmerson Mnangagwa for umpteenth time last week told those who care to listen that he was preparing a sjambok treated with salt and hot spices (shamhu ine munyu) to beat up and inflict pain on the business community for wanton price hikes.

When will he prepare one for those around him, who are corrupt, incompetent, nepotistic and kleptomaniac?

Mnangagwa now has the evidence in the form of Auditor-General’s reports and more is also available in the damning National Social Security Authority report and many other State entities.

As President Paul Kagame advised in 2019, Mnangagwa and his government must convince citizens that they are serious!

Also, former South African President Thabo Mbeki four years ago told Mnangagwa point blank that his winning of the 2018 elections was not enough when nothing was changing on the ground!
https://www.newsreport.co.zw/news/2022/05/02/Zim-has-gone-to-the-dogs
Change must be felt in the pockets and lives of Zimbabweans, he said.

Zimbabwe needs political reforms and the opposition must show that it is ready to govern by making sure the reforms are implemented instead of boring us with legitimacy issues, when it can’t lead from the front!

It is a shame that this is happening in our time.

Future generations will not understand why we let this happen and let them down by leaving a battered economy with nothing, but huge debts.

What legacy does Mnangagwa want to leave — failure? –Muzokomba villager

IN response to Forget the Zimdollar, FAAH MOYO says Zimbabwe has no option, but to dump the United States dollar and use the local currency. The Zimdollar keeps loosing value because we have some malcontents who still want to hold on to the US dollar, but it is not our money, we don’t print it, so our economy is prone to manipulation.

RUZIVE JACOB says: We should accept this truth — Zimbabwe’s economy will never recover as long we the country is still under sanctions. Even if Zimbabwe drops the Zimdollar and embraces multi-currency regime, nothing will change as long as the country is still under sanctions. While we are under the grip of sanctions imposed by the United States and its Western allies, our all-weather friends, the Chinese, are also looting our minerals. They are milking Zimbabwe dry.

CHRISTOPHER RWARINGESU says: We cannot have our own currency with zero production in our industries. Let us first have industries which are producing goods for export. Only then can we think of introducing local currency. As it stands, Zimbabwe needs a stable currency in the mould of United States dollars.

DAVID CHIKOORE says: Reverting to Zimdollar would worsen an already dead economic situation for the suffering populace and will trigger shortages of basic commodities.

IN response to Strive Masiyiwa surpasses Patrice Motsepe to become the richest black man in Southern Africa, TAKA PAUL PAGIWA says: Congratulations Dr Strive Masiyiwa. Hardwork and perseverance reward. You are a trailblazer. Continue leading the way in wealth creation. We are learning from you homeboy.

IN response to Mnangagwa accuses business of sabotage, JECHA HUORI says: President Emmerson Mnangagwa is not being sincere. The government, just like business, is using both US dollars and Zimdollars. This is an admission that government is sabotaging its self. He cannot blame business for the same thing his government is doing. Subsistence farmers of maize are paid in the Zimbabwe dollar that loses value by the second and Mnangagwa is talking about not leaving anyone behind.