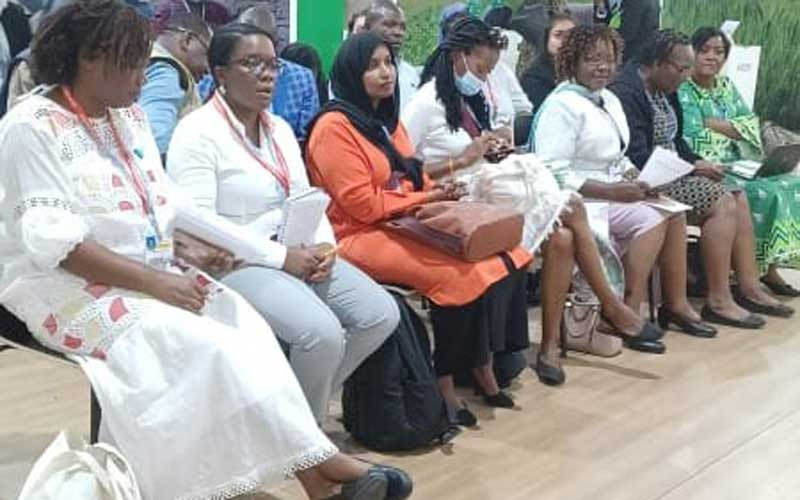 GOVERNMENT has launched the climate change gender action plan to help  communities build resilience against  the effects of climate change and to promote sustainable socio-economic growth.

The action plan seeks to support the country’s vision 2030 which seeks to leave no one behind in terms of economic empowerment as well as social protection.

“Mainstreaming gender in climate change plays a huge role in the achievement of sustainable development goals (because of its inclusive nature.

“The mainstreaming of gender which the government of Zimbabwe under the new dispensation is championing, is one of the key enablers to steer the country towards Vision 2030 trajectory of being a prosperous and empowered upper middle income society for its citizens by 2030,” she said.

This comes after parties to the United Nations Framework Conference on Climate Change (UNFCCC) have recognised the importance of involving women and men equally in all climate change processes and in implementation of gender-sensitive national climate policies.

Nyoni said both climate change and gender needed to be mainstreamed into various sectors in order to build resilience of communties towards climate change effects.

“Climate change and gender are both cross cutting development issues which need to be mainstreamed across all sectors in order to build the resilience of communities to the effects of climate change and to promote sustainable socio-economic growth.

She added that mainstreaming gender in climate change interventions becomes imperative in strengthening of communities’ resilience to climate change effects, protecting livelihoods, particularly for women, youth and groups in vulnerable situations especially people with disabilities and the elderly whose livelihoods heavily depend on the climate and the environment.

In 2020, the Women Affairs ministry working together with the Ministry of Environment, Climate, Tourism and Hospitality Industry and UNDP carried out a gender analysis to establish gender issues in the four nationally determined contributions sectors namely agriculture, forestry, land use, energy, industrial process and products use and waste management.

This gender analysis informed the crafting of the Zimbabwe gender action plan on climate change.

She said the  impact of access or lack of access to energy both in terms of quality and adequacy has differential implications to different household members and it’s linked to the gender roles of each family member.