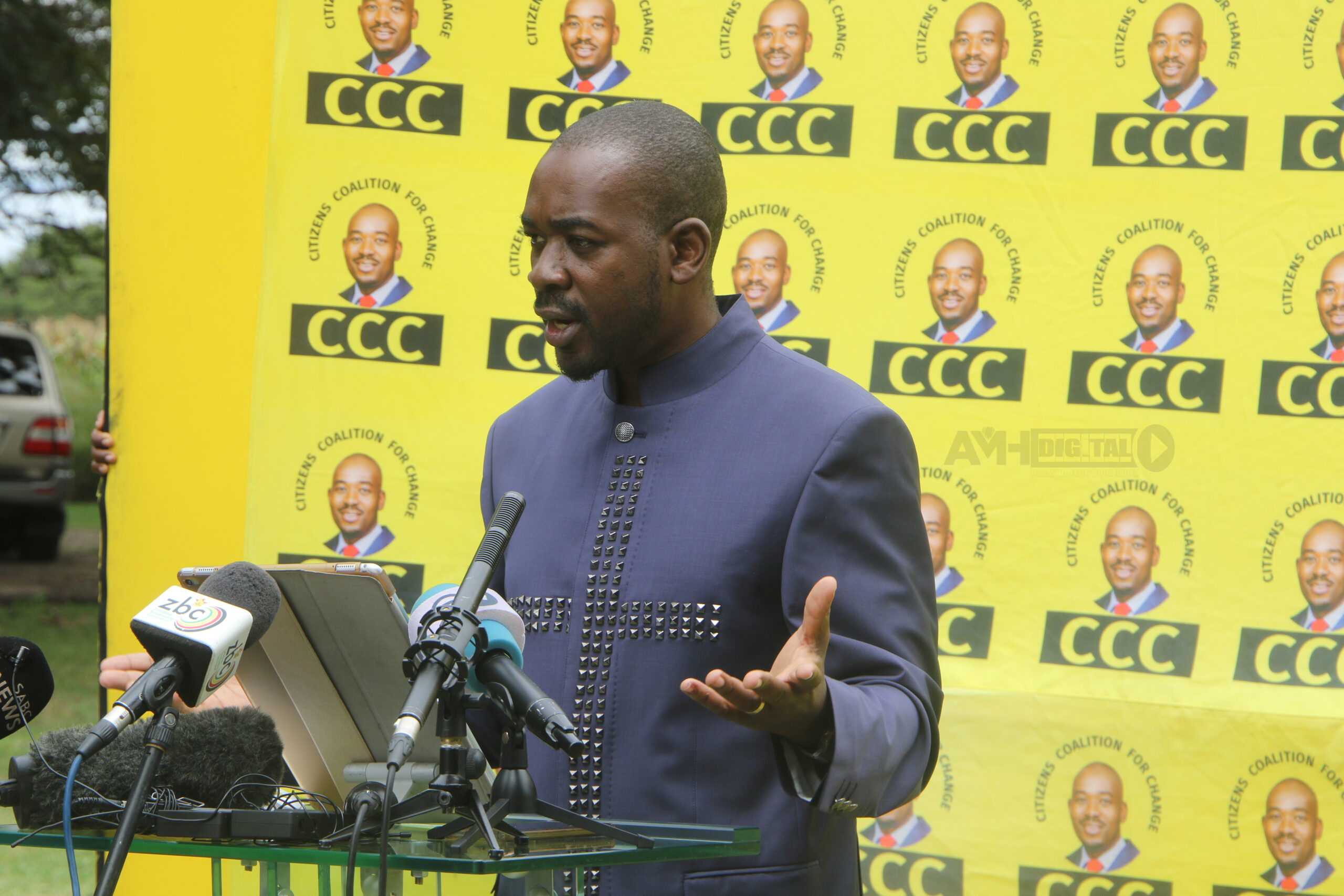 Addressing journalists in Harare, Chamisa said he was satisfied with his party’s performance where it bagged 22 seats out of 28 parliamentary seats and the majority of the 122 local authority seats up for grabs in by-elections held on Saturday. Chamisa said his next port of call was Mnangagwa’s office for genuine dialogue to ensure an undisputed 2023 election.

“We have written to the Southern African Development Community (Sadc) seeking its intervention to compel the government to ensure that the Zimbabwe Electoral Commission (Zec) runs the polls without bias,” said Chamisa, who has previously spurned Mnangagwa’s overtures for talks since the 2018 disputed presidential election.

The youthful opposition leader, who contested the 2018 polls as MDC Alliance presidential candidate, also declined to recognise Mnangagwa’s victory and refused to be part of the Zanu PF leader’s Political Actors Dialogue (Polad) after the Constitutional Court dismissed his election challenge.

In what appears to be a major policy shift, Chamisa yesterday said: “It takes two to tango. We are saying dialogue is important around electoral conditions and the reforms that we would want to see so that we do not have another disputed election. So even in victory, there has to be dialogue, a pre-election, post-election pact, an agreement on the nature and character of the election that we are going to have so that we agree on what happens to those who are going to win and those who are also going to help the winners”.

“We still are not happy with this by-election and it’s magnanimity in victory. We have had a landslide, but that does not move away from the fact that elections in this country need fundamental reforms around the voters roll, making sure that results are managed in a better way, and that polling stations are not subjected to the violence and intimidation that we have seen.”

He said Zanu PF did not believe in electoral reforms, while Zec had several shortcomings as an institution.  This came as Chamisa’s nemesis in the opposition camp, Douglas Mwonzora, whose MDC Alliance party failed to garner a single seat in the by-elections, said it was warming up for coalition talks with the CCC.

“The MDC has always said that it is prepared to work with all progressive forces for the liberation of our people, for the democratisation of Zimbabwe,” said Mwonzora, who caused most of the by-elections after recalling Chamisa’s MPs and councillors.

“Regarding specifically working with Advocate Chamisa and his team, a lot depends, of course, on them and their attitude towards us. There is nothing really personal between myself and Chamisa. What is important is not what I think of him or what he thinks of me, but what Zimbabweans want. We will wait and see what will happen as we go towards 2023,” Mwonzora said while addressing a Press conference in Harare yesterday.

He, however, could not rule out further recalls if his overtures are spurned.

“People have been recalled as a result of their behaviour, and I cannot tell if there are going to be more recalls. I do not wish to recall people. Do people want to be recalled? They might want to be recalled. We are not afraid of anyone.”

CCC spokesperson Fadzayi Mahere said Chamisa’s supporters would decide whether to accept or reject Mwonzora and his ilk. “We are focused on winning Zimbabwe for change. The citizens will be at the centre of all decision-making because it’s their movement. That is the philosophy that will guide all decision-making,” Mahere said.

Across town, the ruling Zanu PF party also held a Press conference to apprise the media on its next plan of action after snatching two parliamentary seats and several local authority seats from the opposition.

Party spokesperson Christopher Mutsvangwa said the by-election results were confirmation that Zanu PF had gained political ground since the 2018 election, with its policies now appealing to the white community which used to support the opposition.

“Chamisa is hoping that the white people will come back and support him, but this time it won’t happen because we are also contesting for the allegiance of those white people by giving them what is good for them — which is prosperity and more jobs, stability in the country and tolerant politics.”

In the early 2000s, the ruling party forcibly took over white-owned commercial farms and redistributed them to blacks, forcing the ex-farmers to find solace in the opposition.

“What is of interest is the return of white former nationals from South Africa, Australia and I tell you the consumption of cement in the urban areas is being done in the suburbs. Where there was one house for the whole family, there are now six or seven detached houses… the white community is coming back — why — because they are happy with the policies of our President and feel they can be safe in their country once again,” he said.