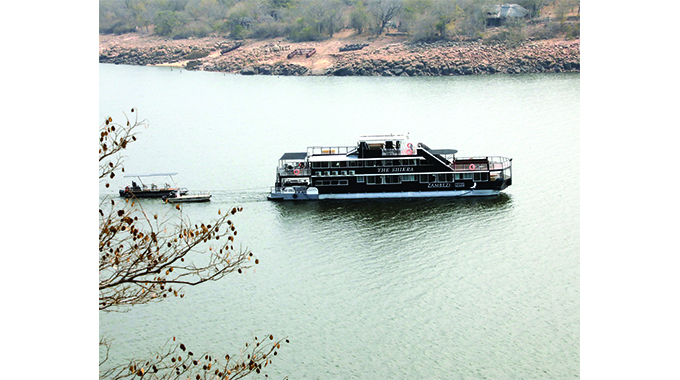 TOURISM operators in Binga are revelling in the development of Binga Airstrip, with the facility witnessing increasing traffic as overseas visitors prefer air travel as the mode of transport to get to the remote but wildlife and nature rich part of Matabeleland North Province.

The rehabilitation of the Binga Airstrip, alongside others in the country was started last year by the Government as part of efforts to improve accessibility so that tourism hotspots in remote areas could start contributing to the country’s economy in a meaningful way.

With such attractions as the hot springs, wildlife and some of  economic activities including fishing, boating, crocodile farming, cultural activities, among others, Binga is regarded as a prime destination sitting on potentially lucrative untapped tourism opportunities.

The rehabilitation of the airstrip, which is done by the District Development Fund (DDF), has already made Binga an attractive destination, as some light aircraft can fly directly to the area.

The Second Republic has taken the initiative to improve the airstrip as part of wider efforts to make the area attractive through a number of projects aimed at ensuring that Binga is  competitive and part of the greater corridor linked to the Victoria Falls Special Economic Zone.

When a Sunday News crew visited the area last week, workers of the DDF were on site, working on the airstrip and other amenities. The workers who spoke to Sunday News revealed that the control tower at the airstrip had been torn down and was being reconstructed, as it had been subject to vandalism when the airstrip was not in use. Another structure meant to accommodate tourists as they wait to do their tours in and around Binga is also being constructed.

The workers also told Sunday News that on a good day, the airport would see three flights in and out of Binga, with one in the morning, afternoon and late afternoon. In an interview, Matabeleland North Provincial Affairs and Devolution Minister Richard Moyo said that construction work on the airstrip was ongoing, while the influx of tourists into Binga was pleasing as this had been government’s aim when rehabilitation of the airstrip began.

“DDF is rebuilding the airstrip and you might have seen we have men that are really busy sprucing it up and adding to the work that has already been done there. There is an area that is being built around the airstrip that will become a waiting area where tourists can sit around comfortably as they wait to go and see the Zambezi and other attractions that we have in this part of the country. It is only getting better and better and as a province we are happy that Binga is attracting more tourists,” he said.

DDF Matabeleland North Roads Manager Mr Jacob Ndlovu said that they hoped to be finished with the rehabilitation of the airstrip by the time that the rainy season starts.

“We are doing rehabilitation of the Binga Airstrip. At the moment we are computing the edges of the runway in preparation for asphalt overlay covering the whole runway that is 1.2km. A contractor has started mobilising equipment to start on the major works which we hope to be completed before the rains,” he said.

Mr Rinzelani Majoko, the acting manager at Musumu River Lodge, the resort where visitors taken from the airstrip are delivered before going on a tour of the Zambezi River, said that the airstrip had resulted in increased activity for operators as it eliminated the unpleasant aspects of long-distance travel, especially for elderly tourists.

“We used to drive some of the groups from Hwange, but that is changing because the majority of the foreign groups that you saw are pensioners and they want to see Africa. So, they don’t want to travel long distances on  roads because some of them, given their age, might have had things like hip surgeries, so long distances are not really kind to them. So, it’s easier for them to just fly in. We collect them from Binga, they spend time here and then fly out,” he said.

Tourists arrive at Binga airstrip on board a light aircraft

Mr Majoko said that the airstrip was bringing in clients from Africa, Europe and North America, including those that had to postpone their visits to Binga at the onset of Covid-19.

“Some come from Kariba and finish their stay here while others come from Victoria Falls and end up in Kariba, so they do different trips on different schedules. Most of the guests that are coming in are people that had trips scheduled before Covid-19 kicked in.

So next year is looking really good because Covid-19 had really brought things to a standstill,” he said.

Mr Majoko said they were also seeing an improvement in the numbers of domestic tourists visiting Binga.

“Due to the remote nature of Binga, the bulk of our clientele right now is from the Non-Governmental Organisations and they are here Monday to Friday because they will be doing work in the community. However, we are seeing a difference now with people coming from Harare and other areas but what usually discourages them is the distance to Binga. But there are indications that things are changing rapidly,” he said.

One of the tourists from the United States who spoke to Sunday News, Mr Mike Barkley, said that the airstrip had made life easier for tourists who would already have been to various destinations in Zimbabwe  and were thus weary of road travel.

“It’s a much easier way to travel because when you are a tourist going to various destinations on the same trip, you start off with a lot of verve but later on you get tired of the car rides.

“This was the same for me and I think just flying in before going on the houseboat is much more convenient when compared to travelling by road. So yes, this provides an extra incentive for one to visit Binga,” he said.