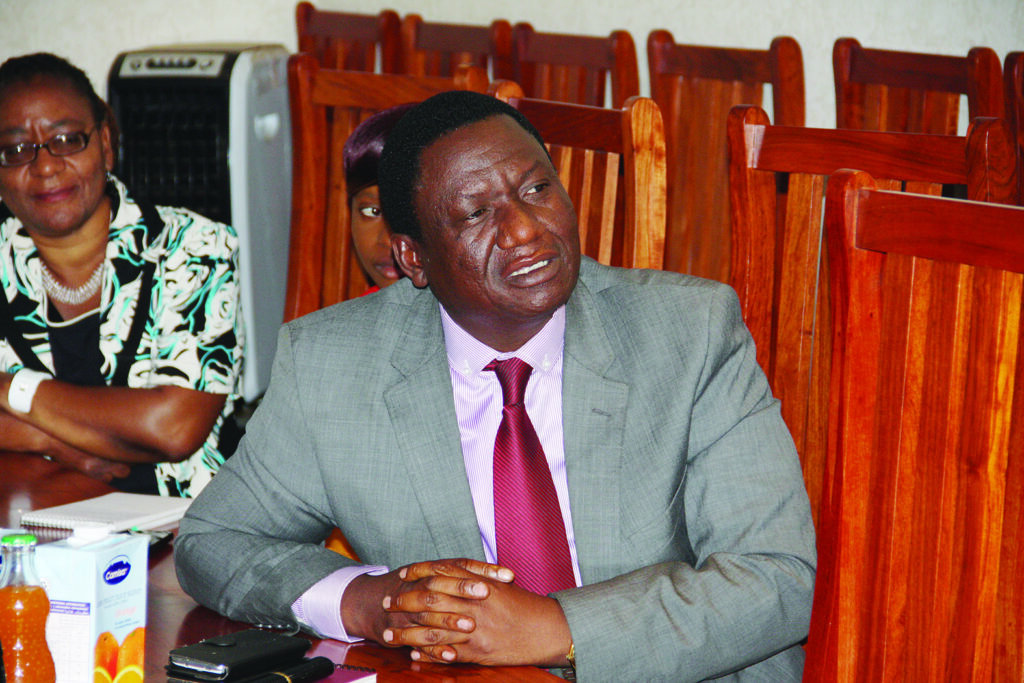 BY PATRICIA SIBANDA
INFORMATION, Publicity and Broadcasting Services deputy minister Kindness Paradza has said the low salaries being paid to journalists were forcing them to resort to corruption.

Addressing participants at the World Press Freedom Day celebrations at the National University of Science and Technology in Bulawayo yesterday, Paradza said: “Salaries in the media sector are not attractive at all, actually across the whole  industry, even government, the lecturers in tertiary institutions are also not happy.  No one is happy including journalists.

“We should create an industry which is ethical and be satisfied with our incomes such that we do not lose our moral fabric as journalists. As it is, the media is now more lucrative to individual journalists than the institutions they work for.

Meanwhile, in a statement to commemorate World Press Freedom Day former chairperson of the Parliamentary Committee on Information, Publicity and Broadcasting Services, Settlement Chikwinya bemoaned proliferation of fake news and misinformation by citizen journalists, which  he said was affecting the viability of established print platforms.

“Established print news outlets have seen print runs coming down from as high as 90 000 copies per day to a low of under 5 000 copies a day.  This calls for swift adaptation to the new world order under technological realities,” Chikwinya said.

In a statement, African Editors Forum chairperson Jovial Rantao called for the end of persecution of journalists by governments for simply doing their job.

“Journalism is under siege from tough pre- and post-COVID-19 economic conditions which have led to smaller newsrooms, lower circulations, lower advertising revenue and, indeed, the death of some publications. Journalism is under siege from repressive governments which are responsible for the attacks on journalists, detentions, harassment. Just the other day, 14 journalists from Somalia were arrested while on assignment.

“Female journalists, in particular, are under siege from those who harass them in cyberspace. Women journalists are exposed to alarming additional risks that range from discrimination, sexual harassment and cyber-harassment to rape threats, sexual attacks, rape and even murder. Journalism is under siege from governments which have used COVID-19 as a cover to restrict media freedom,” Rantao said.

The Zimbabwe Lawyers for Human Rights (ZLHR) also decried the continued detention and arrests of journalists whenever they expose administrative malpractices, corruption and human rights abuses in the country.