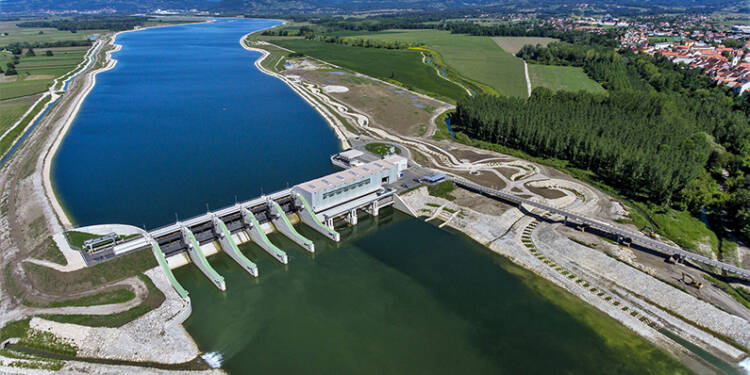 Electricity is the lifeblood of any economy. Gross Domestic Product per capita is generally three to five times greater in North Africa where less than 2% of the population is without reliable power. In sub-Saharan Africa, the problem is far more acute. North Africa enjoys near-universal access to electricity, yet more than half of the sub-Saharan population—600m people—live in the dark. This can hinder the provision of basic services. Half of secondary schools in sub-Saharan Africa do not have power; many clinics and hospitals in the region also lack access to reliable electricity.

Poverty is part of the problem. More than 40% of sub-Saharan Africans live on less than $2 a day. The IEA report notes that paying for the electricity needed to power a few basic appliances would eat up a tenth of earnings for poorer households. Rural areas are hit particularly hard. Whereas nearly three-quarters of households in cities have access to electricity, in rural places the figure is closer to one-quarter.

Progress has been painfully slow. Since 2013 the number of Africans without electricity has fallen from 610m to 595m. Kenya, Rwanda and Ethiopia have performed particularly well. In 2013 roughly a quarter of Kenyans had access to electricity; today three-quarters do. But development is still too slow, if the continent is to reach the UN’s sustainable-development goal of access to “affordable, reliable, sustainable and modern energy for all” by 2030. On current plans, the IEA reckons, 530m Africans will still lack access to electricity in 2030. To achieve the target, Africa will have to expand the provision of electricity faster

Fortunately, many nations in the region comprehend this reality and have started to work towards solving the crisis, once and for all.

The proposed US$4.5 billion Batoka Gorge Hydroelectric Power Station on the Zambezi River across the border between Zambia and Zimbabwe will alter Matabeleland North by constructing townships with utilities such as banks, shops, private offices, and other auxiliary infrastructure.

The megaproject, which will employ over 4,000 people directly and 6,000 indirectly, is a showpiece project in the southern African region.

Last month, President Mnangagwa met his Zambian counterpart Hakainde Hichilema and discussed steps that will be undertaken to kickstart the project.

In 2018, Zimbabwe and Zambia agreed to build the hydroelectric scheme where the Zambezi River crosses their borders. The project is expected to provide about a third of the two nations’ power needs.

It is expected to generate revenue of over US$750 million annually, which will consequently enhance the economies of Zimbabwe and Zambia.

What is also noteworthy is that the project would be completed without any foreign aid.

While a consortium led by China’s Power Construction Corporation and US firm General Electric won a bid to build the hydropower station in 2019, Zambia and Zimbabwe recently turned to the African Development Bank (AfDB) to help revamp plans for the joint development of the 2,400MW Batoka Hydropower Scheme.

Following the worldwide protectionism caused by the COVID-19 epidemic, Africa has begun to recognise the importance of self-sufficiency. Furthermore, the debt crisis that wreaked havoc on Africa in the past as a result of its over-reliance on predatory nations such as China and America has only helped to incentivize African countries to begin reducing their dependency on these nations.

Electricity helps individuals get out of poverty while also improving their health and standard of living. It is a multidimensional task to provide inexpensive power to the Sub-Saharan populace. The region needs a large increase in renewable energy project investments. Sub-Saharan Africa has numerous power areas where participating countries trade electricity to improve overall system reliability. However, trade remains restricted, in part, due to a lack of inter-connectivity. Long-distance trade across electricity zones is especially challenging. As a result, the recent project between Zambia and Zimbabwe occupies a significant position and may provide the much-needed momentum that the region requires.